Coral diversity thrives through a game of rock paper scissors

New research reveals how coral competes for space and light on the Great Barrier Reef – it's a battle of toxic barbs and poison tentacles.

The colourful world of a tropical coral reef may look idyllic and peaceful, but beneath the waves, various species of coral compete in fierce battles for space and light. 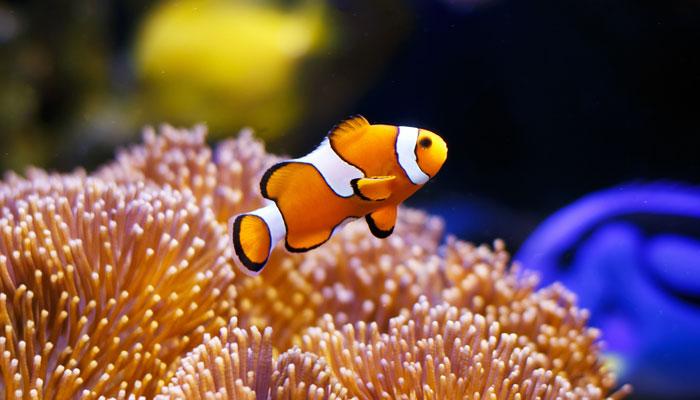 Underwater battleground: Macquarie researchers studied 111 species of coral to understand how they compete.

“More than 100 coral species can coexist in a single patch of reef, using multiple strategies to compete with each other for sunlight and living space,” says Dr Kristin Precoda from Macquarie's Department of Biological Sciences.

“They attack each other with toxic barbs, poison tentacles and chemical weapons – it’s tooth and nail out there, one coral will win and another will lose,” she says.

Precoda and other Macquarie University researchers have now demonstrated how large numbers of coral species can compete for a single, limiting resource without a single species dominating and crowding out all the others.

“Corals are mostly fixed in place, but their interactions can be just as brutal as those between mobile species,” she says.

Essentially, being better at one thing means being worse at another, and therefore no one species can win in all situations

But competition between reef corals is like a very big game of rock-paper-scissors.

“We found that no one species can outcompete all the rest,” she says.

This ‘rock, paper, scissors’ model supports theories that have long been in place to explain the success of species within high biodiversity ecosystems.

The Macquarie project team modelled 2,322 different pair interactions recorded between 111 different species of coral to find out what traits help a coral win in undersea wars on highly diverse coral reefs. Their research, published in the September 2017 issue of American Naturalist, found there was no single winner and competitions between coral species are generally not hierarchical. But the researchers found that the outcome for any particular species pair was only partially predictable, and the same species in a given pair may not always win.

The study came about from an undergraduate project by marine science student Liesl Grant, who wanted to find out what traits would predict a coral’s competitive success in a coral reef.

The project team extrapolated this to build a large-scale model, gathering a list of wins, losses and ties between pairs of species from regions around the world, including the Great Barrier Reef, the Caribbean, Taiwan, Hawaii and the Red Sea.

“The results suggest that the outcome of competition in these species-rich communities is nuanced,” says Madin, Associate Professor fom the Department of Biological Sciences. “Essentially, being better at one thing means being worse at another, and therefore no one species can win in all situations.”

When species relationships are hierarchical, the loss of a key predator can trickle down through an entire ecosystem. But Precoda says that the lack of a strong hierarchy could mean that coral reef ecosystems would be less vulnerable to the loss of one or more species.

“Our work was looking at corals competing with other corals for space and light rather than how corals reacted with other species,” she says. “It is clear that coral species have different competitive strengths and likely they have differing strengths in other areas also, like growth, reproduction or surviving cyclones and thermal bleaching.” Why should academics and industry collaborate?
Industry funding of academic research can be a win-win situation, explains Anna Grocholsky, Macquarie’s Director of Commercialisation and Innovation. Does Australia have the world’s deadliest spiders?
Dr Lizzy Lowe, from the Behavioural Ecology Group in the Department of Biological Sciences, explains. From sea monsters to BFFs: the amazing mateship of sharks
Sharks loom large and menacingly in the Australian imagination but new research shows that, just like humans, sharks have friends.