Macquarie University economist Rolland Bogdonovich unrolls the sociological – and possibly sinister – reason behind the run on this basic item.

It’s the question most of us have been asking ourselves: why are people panic buying toilet paper? The most prominent theory you hear in the media is that we have an innate need for control. In an unpredictable and scary world, stocking up on something relatively inexpensive, and that’s associated with comfort, is something we can do.

Yet this theory, which is informed by psychology, still doesn’t explain why, of all the products we would need in a crisis, we zeroed in specifically on toilet paper – to the point where it’s being sold for wildly inflated prices online.

Most economic bubbles are created deliberately – and surreptitiously – by those who stand to profit by them.

According to a research paper published three years ago by Professor WC Banio, most economic bubbles are created deliberately – and surreptitiously – by those who stand to profit by them. And since they rely on an irrational surge in demand, they need the power of suggestion to get them started amongst society.

That’s right – the same kind of suggestion that mentalists and magicians use to trick individuals. The idea is that if you subtly suggest an idea, people will pick up on it and run with it. They’ll even think it was theirs to begin with.

Think, for example, of the tulip bubble that existed in Holland in the 1600s when tulips were considered more valuable than gold. It doesn’t make any logical sense – after all, tulips are essentially worthless – but people were tricked into thinking they were valuable.

Then you have Australia’s real estate bubble, where people spend millions of dollars on property that everyone realises is overpriced. Some people attribute this to FOMO – fear of missing out – but yet again, that fear doesn’t explain why people chose tulips, houses or in this case toilet paper when more rational investments can be made.

Most economists assume bubbles are created by benign or accidental forces but according to Banio’s Suggestibility’s History of Interrupting Temporal-markets, maybe they’re not. Maybe society didn’t just wake up one day and arbitrarily decide toilet paper would suddenly become valuable but instead was tricked into it.

When it comes to the toilet paper bubble, we know that social media was crucial in spreading the initial panic – but Banio’s theory would have us question the motives behind those initial social media pictures of empty shelves. What if they were seeded intentionally by those who had something to gain? After all, there are plenty of big players who stand to profit – and it’s easy to imagine how it could have been done.

First you hire some people to buy all the toilet paper from certain stores and take pictures, knowing they’d soon go viral online.

After all, there are plenty of big players who stand to profit – and it’s easy to imagine how it could have been done.

That feeds the initial suggestion. Then you send screenshots of those tweets and Facebook posts to the media. Once it enters the news cycle, people start making jokes – which only impregnates the suggestion in our minds further. So the next time we’re in a supermarket and see a roll, we can’t help but grab it. People are more open to suggestion than they realise.

Ok – it’s time to come clean before this crazy conspiracy theory goes any further. This story is made up. There was no magic trick, toilet paper isn’t a bubble, and the only thing that will burst is our plumbing if we don’t stop panicking and flushing paper towels and napkins.

This is an April Fools’ Day cautionary tale.

Yet the foolish way we’ve behaved as a society isn’t a laughing matter. If we all panic, we all lose. Individuals trying to protect themselves by hoarding only increase the chance of the virus spreading – whether it’s by depriving everyone else of hand sanitiser or by forcing them to go shopping more often in the hope of finding a roll. Ultimately, that’ll affect everyone, including the hoarders.

So let’s celebrate Aprils Fool’s Day by acting reasonably rather than foolishly. After all, we can’t afford to unroll this joke any further.

Economist Rolland Bogdonovich has no role to speak of at Macquarie Business School. Professor WC Banio is currently powdering his nose. 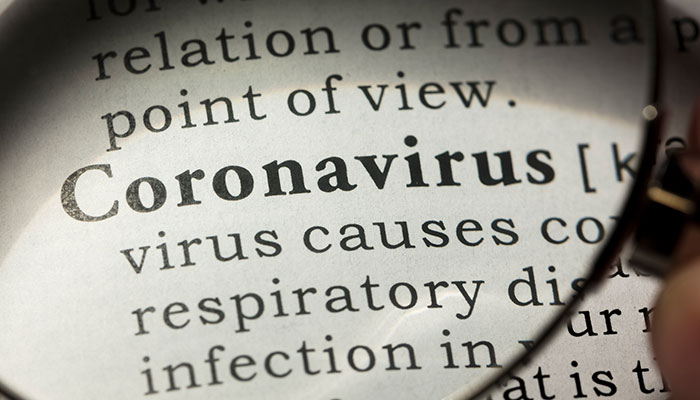