Incompetence and corruption in Australia’s early security intelligence network has been laid excruciatingly bare in a new book by Honorary Fellow in Macquarie’s Department of Criminology and Security Studies, Dr John Fahey. 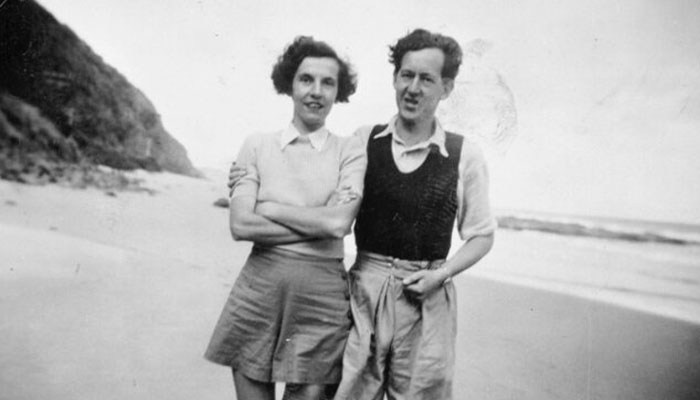 Ian Milner, a KGB agent in the Department of External Affairs, on holidays in Lorne with his wife Margot in 1941. Picture: Alexander Turnbull Library

Traitors and Spies: Espionage and Corruption in High Places in Australia, 1901-1950 lays out the new nation of Australia’s need for an internal security intelligence service, and how it took a half-century of machinations and missteps, cronyism and corruption, before the establishment of a professional organisation in ASIO.

In the 50 years from Federation to 1950, as Fahey’s book reveals, xenophobia and racism led to security services’ persecution of Jehovah’s Witnesses and Italians, while communist spies were able to penetrate Australian governments, universities and scientific institutions – and even the security services themselves.

Unscrupulous Australian politicians used the nascent services to meet their own political ends, aided by a cast of deeply flawed characters whose corrupt, self-serving antics, in Fahey’s telling, render them villains worthy of a Hollywood spy thriller.

This whole idea that the US was friendly towards Australia is incorrect, they weren’t, they hated our guts.

“A security intelligence system is very vulnerable to immoral conduct,” says Fahey, who worked at Australia’s Defence Signals Directorate and served in intelligence and regimental postings in the British and Australian armies.

“You learn things about your neighbours that nobody else will know and because of that, it is extremely vulnerable to being manipulated by utterly ruthless individuals willing to do anything to win a political point.”

The result of extensive research in the National Archives of Australia, the US and Britain, Fahey’s highly detailed and ripping account has quintessential spy staples from cracked Russian codes and listening devices installed in walls, to defecting Soviet spies and extensive clandestine networks of home-grown Russian agents.

The book identifies a Melbourne cell of respected fur-trading Jewish businessmen who were Soviet agents working undetected for decades. In Sydney, the KLOD ring of KGB spies included a NSW policeman, Constable Alfred Thompson Hughes, who as an official of Australia’s WWII Security Service completely exposed it to Moscow. 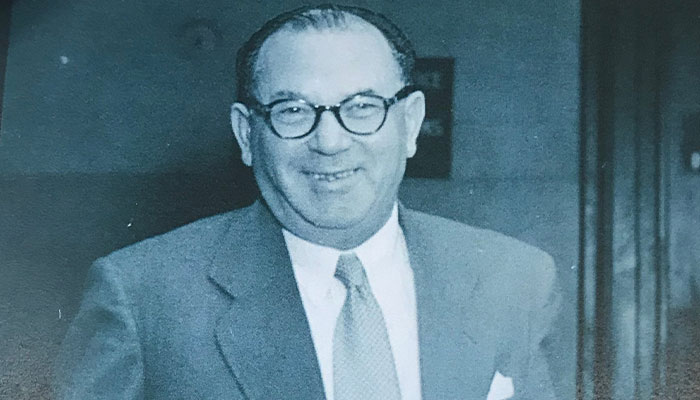 Another agent, Frances Bernie, secured a typist’s job in the office of the private secretary to the wartime Foreign Minister, H.V. ‘Doc’ Evatt, and subsequently passed secret Allied and Australian messages to the KGB.

The real problem, says Fahey, was the Australian government’s “complete disregard” for the security of its own and its allies’ secrets. The country was so porous that by the end of World War II, America had a visceral hatred of Australia, Fahey says, because of the US intelligence that was leaking to the Soviets via Australia.

“This whole idea that the US was friendly towards Australia is incorrect, they weren’t, they hated our guts,” Fahey tells The Lighthouse.

“They wanted Australia treated as a hostile nation – our ranking for access in Washington was below that of Afghanistan. Australians were black-banned in Washington.”

Australia’s security intelligence network “arose from what is now a detested and embarrassing desire to keep the nation ethnically pure”, Fahey writes. It was created in 1901 by the Department of External Affairs to enact the new Federation’s first piece of legislation, the Immigration Restriction Act, which sought to keep non-whites out of Australia and remove non-whites already resident.

By the outbreak of World War I Australia had a security system that could focus on threats from Germans as well as non-whites, but under wartime prime minister Billy Hughes, rot set in, Fahey says.

“The real contamination occurred during the unsuccessful 1916-1917 conscription campaigns, where Billy Hughes did exactly what the most dangerous people do – he established a very small security intelligence organisation; these are the dangerous ones because large security services can’t be controlled by a single politician but a small one can, so Hughes used that organisation to spy on senior military officers, his Cabinet colleagues, and members of his own party. Those were the phones he tapped and the people he spied upon.

The tight grip of military intelligence

Hughes’s successor Stanley Bruce didn’t care about the security intelligence system and it fell apart, Fahey says, with the vacuum being filled by the military and special branches of state police forces.

“The military created its own entities and organisations, and the reason is that security intelligence is really easy because you can sit in your office and read newspapers, and go out to lunch with people and collect tittle-tattle and scandal, and put it all together and pretend it’s intelligence.

“And you can also go after people you don’t like.”

Fahey says there was no point to the activities of these inter-war ‘intelligence’ gatherers. “It was whatever took their fancy and they were completely unaccountable, and if they had a prime minister or minister they wanted to influence, you let the generals know you had this piece of information and that’d be passed to that politician, and that politician would utilise it in whatever fashion they saw fit, Labor and conservative.”

You could come to their attention because you were homosexual, socialist, a pacifist … you could get into those files because somebody didn’t like you.

The police special branches in Queensland, NSW and Victoria operated in the same manner with the state governments.

“I can tell you I was a bit shocked,” Fahey says. “The special branches of the 1930s and the 1940s were pretty deplorable organisations.”

Australia, then, had a security intelligence establishment that “was all about mates and favours, but it was small, and completely disorganised and unprofessional and so it did little harm … the thing that saved us was that it was so bad.”

Britain had wanted Australia to develop its own professional security service to blend in with MI5 from about 1911, primarily because Australians could enter the UK without a passport and acquire a sensitive job in the UK government, and no one could do a background check on them. 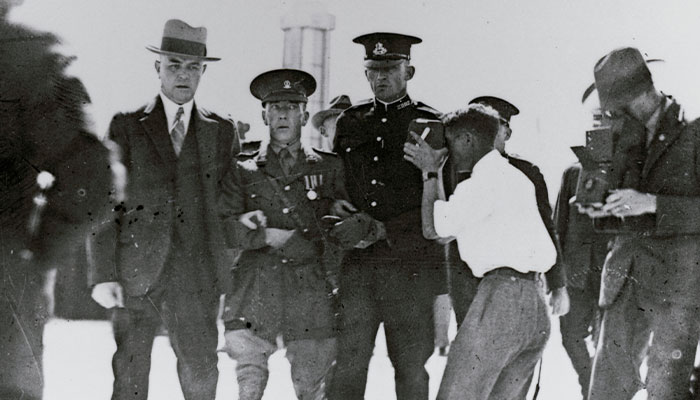 “That was why Australia was so important to the Soviets – you developed your agents in Australia, and they blended right in in the UK,” Fahey says.

The time had come with the outbreak of World War II, but the process was beset with intense bureaucratic in-fighting about whether the service should be civilian or military controlled. The outcome was the wartime Security Service – an ultimately military-run outfit about which Fahey is withering: “It came out of corrupt organisations and was run by corrupt people in a corrupt manner – they were appalling,” he says.

Its first director was William ‘Wee Wullie’ MacKay, who had risen to Commissioner of the Police Force of NSW where he was famous for smashing the razor gangs of Darlinghurst and pulling Francis de Groot from his horse when the right-wing radical cut the ribbon to open the Sydney Harbour Bridge before Premier Jack Lang could do so.

MacKay had also set up intelligence operations within the police force that accrued records on more than 40,000 NSW citizens.

“You could come to their attention because you were homosexual, socialist, a pacifist … you could get into those files because somebody didn’t like you,” Fahey says.

Meanwhile, in Brisbane, a man considered by Fahey as “probably the most corrupt individual to be employed by government anywhere in Australia” had a chokehold on Queensland, leading all of the state’s Commonwealth security apparatus.

Lt-Colonel Robert Frederick Bird Wake led a crackdown on Italian cane farmers and imprisoned so many of them that Australia ran low on sugar, Fahey says, while the farmers’ families were exposed to penury. “Literally they were starving, and their neighbours robbed them blind,” he says.

America also found an arch enemy in Wake when it discovered he was using prostitutes to seduce and gather information from US officers stationed at Queensland bases.

“Wake would use it to blackmail people and get more power.” Fahey says. “The Americans went berserk.”

Among the good guys Fahey credits with establishing a civilian-controlled security intelligence service, governed by legislation, is the federal Victorian MP and ‘minister for everything’ John Dedman, who fought through post-war prime minister Ben Chifley’s opposition to the new service to see it established in negotiation with MI5.

After an initial year spent dislodging from its leadership the likes of Wake, who had flooded the service with his cronies upon being installed as deputy director, ASIO found its stride under the second Director-General Brigadier Charles Spry, who held the position from 1950-1970.

“In terms of security intelligence, ASIO is a shocking organisation because it is actually a very professional and law-abiding organisation,” Fahey says. “Most of what ASIO has been accused of is what military intelligence and the wartime Security Service did, and ASIO cleaned all of that up.”

The history of Australia’s security intelligence system in the first half of the 20th century is not particularly uplifting, concludes Fahey in the book.

“Despite this, we should take heed of it, for we will always learn more from our mistakes than we ever will from our successes.” 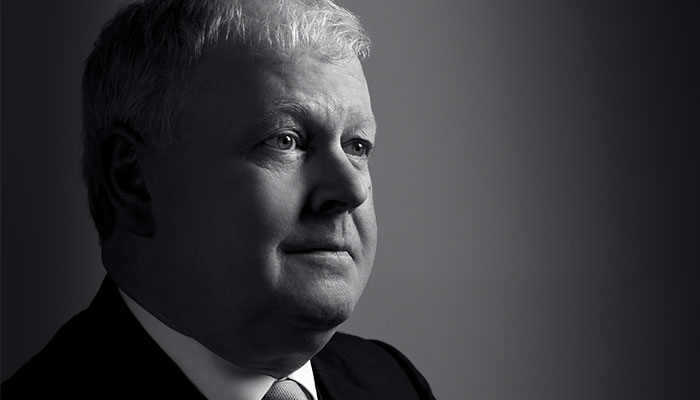 Traitors and Spies: Espionage and Corruption in High Places in Australia, 1901-1950 by John Fahey (pictured) is published by Allen & Unwin.

John Fahey’s recent book identifies grievous failures in Australia’s mid-C20th security intelligence agencies, including some of their prejudices, but, as reviewers have noted, his book is prone to mounting arguments leading to definitive conclusions that are not substantiated by evidence. Strangely Fahey’s ‘tin-eared’ treatment of the Melbourne Connection is markedly at odds with his sympathetic treatment of other minorities victimised by the then security intelligence establishment. A ‘tenuous bit of information’ and the uncritical reading of problematic records, leads readers to a cell of prosperous Jewish Melbourne businessmen, alleged Soviet spies. notwithstanding more plausible explanations for much of what it supposedly explains My late father is one of those people, the allegations about him are untrue. Here’s a link to his entry in the Australian Dictionary of Biography http://adb.anu.edu.au/biography/munz-hirsch-11200http 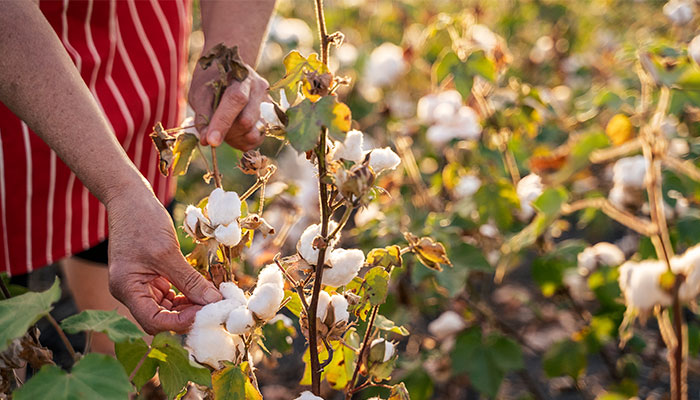 How cotton discovery could save the shirts on our backs
Macquarie University research has revealed new insights into why cotton pollen fails after heatwaves, paving the way towards genetically engineered crops that can withstand extreme temperature. What is 'slacktivism' and can it change the world?
Social media is changing the way we protest. Dr Justine Lloyd, Senior Lecturer in social movements in Macquarie University's Department of Sociology, explores whether it's for better or worse.