Research shows the number of words toddlers hear daily from carers influences the way they learn to speak and ultimately their readiness for school.

The first two years of life are the most critical period for developing language skills. With around one in four Australian children attending childcare before they turn two, their experiences of language and other interactions in early childhood centres plays a significant role in supporting their language development. New findings recently published in the International Journal of Early Years Education have shown that there are big differences between early childhood centres when it comes to the amount of clear, audible adult talk that young children experience.

Researchers led by Associate Professor Sheila Degotardi observed nearly 60 under-twos in their early childhood centres and recorded the amount of talk the children heard from adults over a three-hour period.

Children’s early language development before the age of two sets the foundation for their academic success at school."

The average number or words children heard was around 25 words each minute – but about a quarter of the children studied heard less than eleven words a minute, which is a rate so low that it could be a risk factor for language development.

That matters; because the amount of words that children hear each day impacts how well they learn to speak, and whether their language is developed well enough for them to learn when they start school. 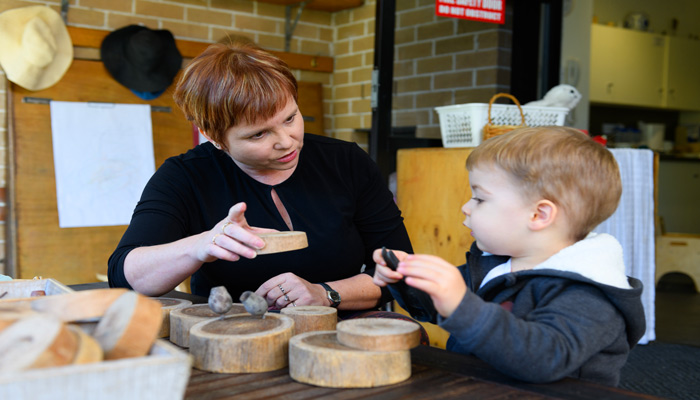 About one in five Australian children will start school without sufficient foundational language skills – in other words, they won’t have the language skills needed to learn effectively in a school setting, says Sheila Degotardi, who is the Deputy Head: Research in Macquarie’s Department of Educational Studies.

“Children’s early language development before the age of two sets the foundation for their academic success at school,” she says.

“Substantial research findings from overseas show that the number of words that children hear in their first few years of life contributes significantly to their future language and academic skills,” she adds.

Sheila is the Chief Investigator on the ARC-funded ‘Talk and Interactions in the Infant Room’ project, which began in 2014 and conducted the research published in a new paper titled Infants’ experience with ‘near and clear’ educator talk: Individual variation and its relationship to indicators of quality.

Children wore a small digital recorder which logged the amount of intelligible words they could hear, and observers recorded the interactions in the room between staff and children.

“One of the most important finding to come out in this paper is that the quantity of educator talk – that is, how many words the children heard – correlated with quality of the interactions between the educator and the children in their early childhood centre room,” she says.

She explains that rooms where adults talked more, were rated more highly for responsive and positive language-enhancing exchanges between educators and children.

Another key finding was that rooms that included a university qualified early childhood teacher, and rooms that had smaller group sizes, were more likely to have higher quality interactions.

“It’s not surprising that having a university-qualified early childhood teacher as an educational guide, leading the other adults in the room by example, gives better results,” Sheila says.

“Their deep professional knowledge lets them lead their team to establish experiences and use interaction behaviours that enhance language development.”

Sheila says that international research has shown that when programs for under-twos in early childhood centres include high quality interactions, this can significantly improve children's outcomes, especially for those from disadvantaged backgrounds.

“We don’t have longitudinal evidence in Australia that identifies which features of early childhood centre language environments are important for subsequent language development,” she says.

This gap, however, will soon be addressed. Sheila and a multidisciplinary team of Macquarie researchers have been awarded substantial ARC funding to conduct a longitudinal study following children from infancy to preschool age.

The study will allow them to investigate more thoroughly the significance of infants’ early language experience in early childhood centres for their language development. 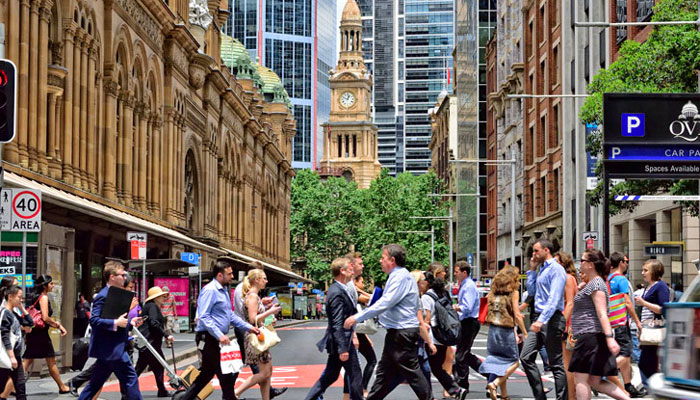 New map reveals fastest growing languages across Sydney
Mandarin has overtaken Arabic to become the most common language spoken in Sydney after English, according to new research which makes a case for strengthening language education to bolster Australia’s economy.