Why does a nation of republicans care about royal romance?

Take a medieval fantasy, add a dash of Markle sparkle, and many of us are hooked on the idea that the commoners' time has come.

Australian republicans may believe royalty is a concept that belongs in the Middle Ages, but our collective obsession with royal weddings has positively medieval roots, says Associate Professor Clare Monagle.

It boils down to the ideal of romantic love rooted in Arthurian-style legends of chivalrous knights - and as royals ditch strategic marriages to other royals in favour of love matches with middle-class commoners, our interest seems only to deepen. 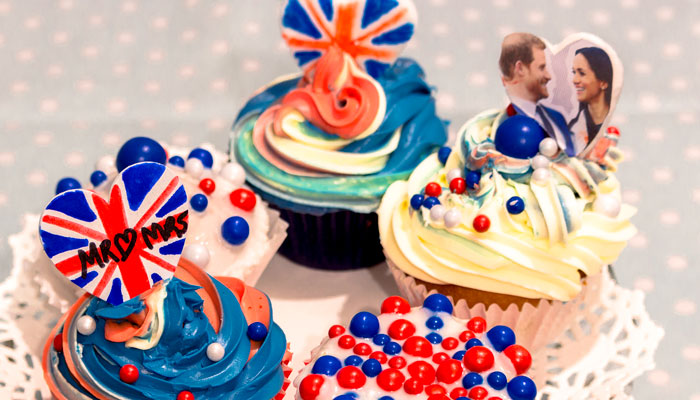 As a culture, we share romantic medievalising fantasies; they’re not related to what happened in the Middle Ages, but we do have an ideal of romantic love that is situated in a fantasy Middle Ages,” says Monagle, an expert in medievalism.

“The obvious places for that are Disney tellings of fairytales where over and over again there is a devoted, chaste love match that does result in a bourgeois marriage union, in which one person is ennobled through this match.

“There’s not many places where we get to see that fantasy play out in real time, that’s what is so stunning about what Kate and William and Meghan and Harry are giving us as a public; they are giving us this ridiculous wish fulfilment that most of the time culture can’t provide because it is so completely ridiculous.

“It is immensely great entertainment.”

The fascination with the May 19 wedding between Prince Harry and Meghan Markle is in sharp contrast to the reaction to Prince Charles’ visit to Australia to open the 2018 Commonwealth Games. That April royal tour of Queensland by the heir to the throne and his wife, the Duchess of Cornwall, was met with a “collective yawn”, says Robert Reynolds, Professor in Modern History.

Television actress Markle, on the other hand, “has a little bit of the Princess Grace of Monaco about her - there’s that frisson of interest that comes with an independent woman who is famous in her own right,” says Reynolds.

“She also has quite defined political opinions and we know what they are, whereas royal brides often have been somewhat blank slates. I have no handle on Kate’s political or social views.” 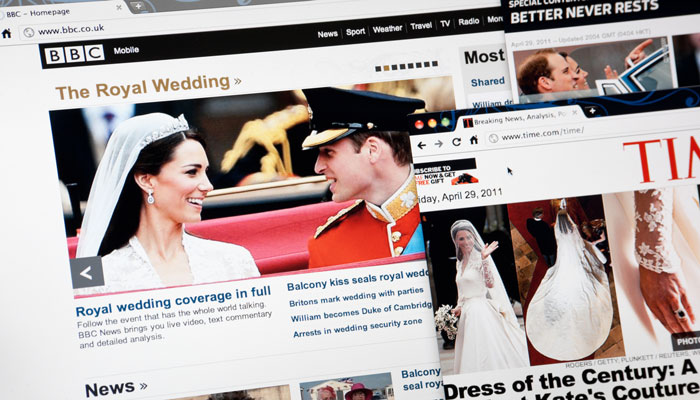 While Prince William’s 2011 wedding to Kate Middleton drew interest because it was the first big royal wedding in many years and involved the second-in-line-to–the-throne son of Diana, Reynolds says the 2018 wedding has stirred a different kind of interest.

“One of the things about William and Kate is that they are not hugely interesting people; they are obviously going to be a really good solid King and Queen one day but just a little dull, which is probably what they want.

“Whereas the thing about Meghan Markle is there’s a little sparkle, there’s something in there, and there’s been a lot of commentary about connections with Diana via her charity work and an affinity with the marginalised.”

Indeed, the couple has thrown out convention by inviting not political leaders but everyday, ordinary charity workers to the wedding, and requesting charitable donations in place of gifts.

“I am an interested observer in what it means to the monarchy to have a really interesting, feminist, mixed-race princess,” says Reynolds. “That’s an interesting cultural and political moment.”

Reynolds says that while Meghan and Harry are clearly in love and eager to marry, everyone knows how challenging relationships can be.

As Monagle points out, royal weddings in the Middle Ages – the period from the 5th to the 15th centuries – had nothing to do with love but were politically driven dynastic mergings conducted at court with no public involvement.

Back then, marriage across society had no relation with romantic love, which was the stuff of poetry rather than reality. “A knight would sing poems to his lady; but she tended to be married to someone else, usually his Lord, so romantic love was chaste and considered to be quite distinct from the love of marriage,” Monagle says.

“In fact, if you really adored someone, the last thing you’d want in the Middle Ages would be to marry them; marriage is a quotidian, mundane thing, as opposed to this spiritual pure love that was associated with romantic love.”

In the 19th century a Victorian reverence for the Middle Ages revitalised the idea of chivalric love but where once the story ended with a dragon being slayed, marriage became the modern conclusion.

“Victorians took the romance of the middle ages and made it middle class, conflating romantic love with sexuality and domesticity which medieval people would have thought was completely ridiculous,” says Monagle.

They might be even more gobsmacked by the idea that the monarchy itself has bought into the middle-class fantasy. But there may be good reasons for doing so, Monagle says.

The commoners’ time has come

After the years of scandal and tragedy within the House of Windsor, a new, democratising generation is snubbing their own kind in favour of middle-class women - Kate Middleton’s parents run an online party supplies business, while Meghan Markle’s African-Amerian mother is a social worker and her father a former television lighting director.

“William marrying Kate was huge, and Meghan is off the charts,” says Monagle.

“What’s really interesting is this is the first time we’re seeing true bourgeois, romantic matches. I have read commentary that the royal family understands they need these women; they’re professional and they’ve got a work ethic and they take it more seriously as a job, than would some funny princess from wherever.

“The risk is when it all goes wrong, it goes so horribly wrong because they have been so elevated, and that’s why I think they have these hyper professional, polished women who really know what they’re doing.”

The “soft diplomacy” that the royals practise is also considered a key asset as a post-Brexit Britain seeks to revivify the idea of the Commonwealth in order to facilitate trade.

“Apparently the young royals are seen as being at the front-end of what needs to happen – for instance they visit Canada and then in the wake of that visit a trade negotiation takes place,” Monagle says.

“To do that diplomacy you need the common touch, or at least the appearance of it. The likes of Kate and Meghan will be amazing for that.”