Despite targets that are unlikely to be met, it's not all bad news when it comes to the number of women on Australian boards, says Professor Anne Ross-Smith.

“You women are taking all our jobs.”

This comment was delivered to me by a senior corporate male a few years ago.  I was interviewing him as part of a research project on gender equity at senior levels of the public, private and government sectors around Australia. Same or Different? Professor Anne Ross-Smith says women on boards are still seen as something of a novelty by many.

When I walked into the room to find the man's back to me - I thought he was on the phone. But when he failed to turn around to face me, I was stunned to realise this was a deliberate comment on the subject of my research. After conducting the first half of the interview with the man refusing to look at me, I saw no point in continuing and left the room. I found that an unforgettable experience.

Fast forward to 2018, and it's important to examine how far we have come in terms of gender equity in the workplace. In terms of women on boards, I do believe we have come some way.

This is despite recent ructions following the dismissal of AMP’s Catherine Brenner, and recriminations from the business community such as Kevin McCann, who steers the boards of Macquarie and Origin Energy, and retail king Gerry Harvey disputing women on boards and quotas.

Note that Brenner left AMP because of the company’s irregularities and not because of any perceived incompetency or, indeed, because she is a woman.

The question to ask is have we created new opportunities to increase board diversity, or has the progress stalled when it comes to women on boards?

The process of change in Australia began with the revision of the Corporate Governance Guidelines of the peak regulator, the ASX, in 2010.

From 1 January 2011, the guidelines required all companies listed on the ASX to provide details in their annual reports of the number of women on their boards, in senior management roles and across the organisation; and also to introduce gender targets and report on their effectiveness.

This was heralded as a turning point in the Australian corporate regulatory environment, as noted in my joint research with Karen Handley and Sue Wright ‘The Same or Different: How Women have become included in corporate leadership in Australia’.

And certainly there has been a significant increase in the number of women appointed to the boards of the ASX 200 listed companies.

The proportion of women on boards in Australia more than doubled between 2010 and 2016. In June 2016, the percentage of women on ASX 200 boards was 23.4 per cent, demonstrating a steady increase from 10.70 per cent in 2010 when the new corporate guidelines were inplemented.

The Australian Institute of Company Directors (AICD) also set a target of 30 per cent female board membership by the end of 2018.

Recent reports, however, suggest this target is unlikely to be met because not all ASX companies are compliant.

The top 50 ASX-listed companies are aware of their responsibilities and their need to reflect the community in terms of sustainability and 50/50 appointments of men and women. It’s the bottom 1500 ASX companies, particularly WA mining companies, that have no women on boards.

In effect, it’s only the high-profile companies where equality is being tracked. Despite gains made to date, women remain underrepresented on boards and in executive leadership roles. Thus the pipeline remains leaky and estimations of corporate gender parity in OECD countries exceeds 80 years.

Likewise, the focus on board composition progress appears to have slowed or stalled in a number of countries that have to date been active in the promotion and monitoring of boards composition.

The 2017 report by Egon Zehnder examining board data from more than 1400 companies showed progress had slowed. Whilst there were some gains in Western Europe, the situation remained static in the US and, in 11 of the countries studied, half or more of the boards had no women appointees at all.

Progress in the UK has been tracked through the annual reporting of board composition – notably the Women on Boards FTSE, 100 reports in the UK, Catalyst Global reports and the profile of boards in the US and Canada. The Egon Zehnder report also noted that board appointments globally remained at an average of three male appointees for every female appointed to a board.

The Same or Different research confirms that the boardroom is a gendered space where the traditional norms of masculinity prevail due to the high degree of similarity of backgrounds of the male and female appointees.

In this research, we find that the public discourse of the profiles and career pathways taken by new female appointees to the boards of ASX 200 companies in 2013 and 2014 were not very different from those of new male appointees.

Men face a very competitive process to be appointed to boards, and their achievements should not be overlooked when there is so much focus on the women.

We also find that novelty surrounding female appointments evident in the public discourse reflects the challenges of affecting change in this bastion of male domination.

While women are not as strongly associated with corporate leadership as the men, and their careers are not as predictable to the outside observer, what is discussed is a remarkable depth of experience and contributions across many fields.

This is clearly the case with former AMP Chair Catherine Brenner. She was appointed because of her depth and breadth of experience, not to fulfil a quota.

Our research concludes that while the profiles and pathways for women do not differ greatly from those of new male appointees, the board room is still a gendered space where women are negotiating even without their numbers reaching the elusive 30 per cent tipping point.

They are appointed to boards because of their likeness to their male counterparts in terms of human capital.

In a fascinating twist however, both board chairs and women appointees refer to their gender being a reason for their appointment.

Professor Anne Ross-Smith is in the Faculty of Business and Economics at Macquarie University. She will present her joint research on women on corporate boards at this year’s international Gender, Work and Organisation Conference in Sydney 13 to 16 June 2018. 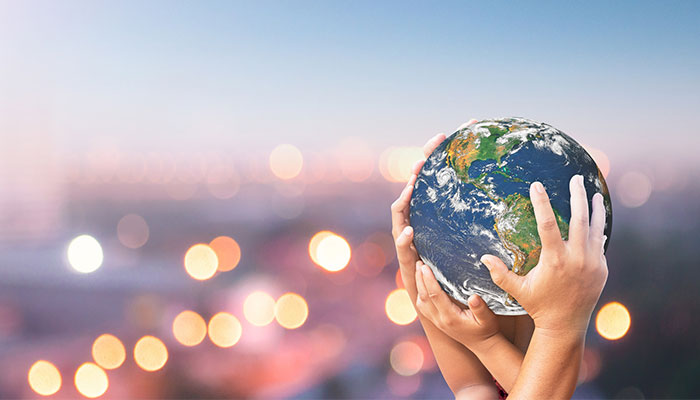