Let’s get that bread: How teenagers change language

Teens are so lit when it comes to being amazing linguistic innovators, says Dr Nick Wilson. And here's 13 things your teens are saying now, translated.

Generation Z, or post-millennials (people born between 1996 and now) have grown up with the internet. Expressions like “r/whoosh” used to describe what has happened online when someone misses a joke in an online interaction or in a meme, show how familiarity with online shorthand has created terms that are only understood by regular users of the platforms on which they are used. Since such users are often under 25, some might say that this is an example of younger people changing the language, although we can’t say for sure. 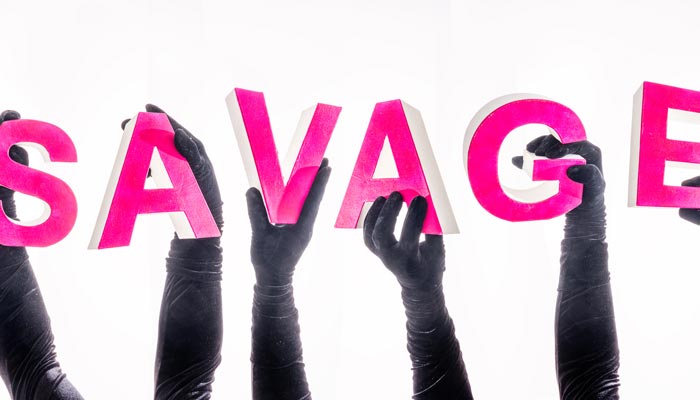 True that: teens are so lit when it comes to being amazing linguistic innovators, says Dr Nick Wilson.

The New Zealand linguist Elizabeth Gordon once said that by the time people are writing in to the newspapers to complain about a feature of language that they hear people using, it has already been happening for about fifteen years. But in the age of the internet, letters pages have been replaced by discussion boards and memes. People can vent about their linguistic pet peeves more than ever before. Just look at the amount of anger that using “literally” figuratively causes. But like it or not, all languages change over time.

Languages changes sometimes as fast as fashion or styles of music, and just like fashion, it can be used to mark out a distinct identity.

In sociolinguistics, which studies how social factors shape how languages change over time, it has been found that changes are often initiated by younger speakers, especially teenagers. As they age, some of the changes, like changes in pronunciation or grammar, stay, while some drop away. When they stay, we see language change happening. But words and phrases can date quickly, and their usage drops off as speakers age. Look at the words we use to mean “really good”: awesome, sick, rad, dench, lit, wicked. The word you use for this will probably identify you as having been a teenager at a particular time and place, and using it in the wrong context (e.g. with teenagers now) will mark you out as decidedly uncool. You also probably use it a lot less now than you did when you were younger.

Language changes sometimes as fast as fashion or styles of music, and just like fashion, it can be used to mark out a distinct identity. Since adolescence marks a period of our lives in which we strive to assert our own identity, and when we are also are very concerned with the respect of our peers, it is no surprise that teenagers are amazing linguistic innovators. This has been the case for a long time. What has changed is that by using language online, it is documented, and the speed of change is given a boost because the internet has enabled the social networks of teenagers to grow in a way previously unimaginable.

So, what’s going on with the new expressions that are spreading online? Well, we won’t know for a few years yet whether “let’s get that bread” will become a permanent fixture in the English language, or if it is simply a passing fad. Either way, linguists will be watching, taking notes, and analysing, but never judging. We leave that to the letter-writers.

Dr Nick Wilson is a Senior Lecturer in Linguistics at Macquarie University, and co-author of the textbook “An Introduction to Sociolinguistics (Learning about Language) 5th Edition”.

Heard these? Here's what they mean The expression ‘let’s get this bread’ has many alternatives with the same meaning, including ‘let’s gain this grain’ or ‘let’s cop this crust’. It originates from the extremely popular video game Fortnite, as a statement of intent to win the game or get that kill. It has now become more generic as a statement about simply achieving a goal in any situation.

Example: If you are about to do a difficult task you would say ‘let’s get this bread’ in the hope that you would achieve that goal.

R/whoosh comes from the Reddit website, where people share thoughts, news and funny ideas. On Reddit, they have sub-reddits where people do this about specific categories such as NBA news or Harry Potter. The expression originates from a sub-reddit that has funny images with a hidden punchline in them, and shows people commenting on them in ways which imply they do not understand the joke. So, if someone said ‘r/whoosh’ in conversation it would mean that the person they are talking to does not understand the joke or it has gone over their head.

Example: Person A: "Abraham Lincoln once said ‘The problem with quotes found on the internet is that they are often untrue’."

Person B: "But that doesn’t make sense, the internet wasn’t invented when Abraham Lincoln was alive."

The phrase “Queen”, “Yass Queen” or “Slay”, is commonly used in a positive and joking way to describe a person who inspires you or who you can relate to. It is said to have originated from an encounter between Lady Gaga and an excited fan who screamed “Yass Queen” upon meeting the icon. Since then the phrase can often be seen in Instagram posts as a way of showing encouragement.

‘No u’ could possibly be the simplest phrase of this whole list. It is simply an updated version of ‘I know you are, but what am I’, meaning that whatever insult you just said to me I believe it to be true about you as well.

Example: Person A: “You have an ugly haircut.”

This is often used when a person does something predictable or which follows the mainstream ‘norms’ of today’s society. For example, when a girl posts a photo on Instagram in which she is wearing leggings and holding a Starbucks drink, the comments she might expect include ‘basic’ or ‘that’s so basic’.

'Mood' simply means that you agree with something someone else just said. It’s the equivalent to the phrase ‘same’.

SMH or Shake My Head simply means you don’t approve of something or you think it is a stupid thing to do.

Example: Person A: "I did my entire assignment last night."

If someone is salty they are annoyed or angry at the current situation or something else has made them frustrated.

Example: "He was so salty ‘cause I didn’t give him a chocolate."

‘Spill the tea’ or 'tea' is used in response to when someone has something interesting or engaging to disclose otherwise known as gossip. This phrase is also commonly said as “spill the beans”.

Example: Person A: "Do you know what happened to Susan the other day?"

Example: Person A: "I love how music can take you to another place. For example, Person C’s music is playing in this café, so now I’m going to the one next door."

Person B: "Woah, that was savage."

‘Lit’ is basically the post millennial synonym of amazing, excellent or awesome. This is said when describing something that may have happened that was very good.

Example: "That party was so lit!"

The phrase ‘This ain’t it chief’ is used when a person does something that in their own eyes may seem cool or a way to show off, but in reality is considered quite unusual and an unpopular opinion to have.

Example: Person A: "Peanut butter in lemonade is to die for."

‘Fam’ was originally the shortening of ‘family’ but can now be used to describe someone you are close to or that you trust.

Talking the talk: new games help kids explore language
Some fun language games from Macquarie University experts designed for families to play at home, will also explain some interesting science around how we use language. Can you create your own Game of Thrones-style language?
Dr Nick Wilson, a Senior Lecturer in the Department of Linguistics, explains.