Chemicals that leach from plastic pollution could harm ocean bacteria which produces ten per cent of the oxygen we breathe, according to new research from Macquarie University.

Queensland and Western Australia join the ACT, South Australia and Tasmania in a ban on single-use, lightweight plastic bags in major retail outlets from July 1 – with Victoria joining in November, leaving only NSW ban-free. Cause for concern: Research from Macquarie University has discovered plastic pollution not only affects marine life but could also harm ocean bacteria.

Meanwhile, a growing body of research confirms that plastic pollution invades the furthest corners of the planet, from Mount Everest to the Mariana Trench, and we’re even consuming it in our food and water.

New research from Macquarie University and published in Nature Communications Biology last month, now shows that even microbes could be affected by plastic waste following laboratory tests on Prochlorococcus, an abundant marine bacteria producing around 10 per cent of the planet’s oxygen.

“Exposure to chemicals that leach from plastic pollution interfered with the growth, photosynthesis and oxygen production of Prochlorococcus in the laboratory,” says Macquarie University microbial ecologist Dr Sasha Tetu, the lead author on the paper.

“We now plan to find out whether plastic pollution has the same impact on these microbes in the ocean and see if we can pinpoint what particular chemicals are contributing to the toxicity.”

The tiny marine species Prochlorococcus, found throughout the open ocean, thrives in low-nutrient environments, where it has been found up to 200m below the surface.

Prochlorococcus is one of the thousands of different species of cyanobacteria, which also include Nostoc and Sphaerocystis – two hardy species originally found in polar landscapes.

Outside the International Space Station, bombarded with unfiltered radiation, with no atmosphere to breathe and no gravity to anchor them, batches of cyanobacteria (often called blue-green algae) including Nostoc and Sphaerocystis were hung out on trays for nearly two years – and they survived, returning to Earth in 2017. Deep sea threat: Scientists warn there will be more plastic in our oceans than fish by 2050.

These prolific micro-organisms are some of the oldest life-forms on the planet – and around 2.4 billion years ago, they were responsible for changing our planet’s inhospitable methane atmosphere into the oxygen-rich air that supports all life on Earth today.

But while some cyanobacteria species have the potential to thrive in space, Prochlorococcus is much fussier, says Dr Lisa Moore, a co-author on the paper.

“They make a really important contribution to life on earth; most people think that photosynthesis happens only in plants on land, but marine microbes do a lot of the heavy lifting,” she says.

“Plastic pollution can leach various chemical additives into marine environments but the threats these leachates pose to marine life has not had much attention until now,” says Dr Moore.

Dr Moore is an oceanographer and a world authority on Prochlorococcus, which she has studied since beginning her PhD in 1990, just a few years after the organism was first identified. It is the smallest photosynthetic organism known to date. “They are very finicky to work with and difficult to grow in a laboratory,” she says.

Most strains thrive in the low nutrient levels of the open ocean, she adds, so they are sensitive to higher levels of many substances – including plastic leachate.

The study evolved from Dr Sasha Tetu’s work under a Discovery Early Career Researcher Award. “Most monitoring of the impacts of chemical pollutants uses organisms that are easy to grow rather than those that have an important ecosystem function,” she explains. “My goal was to carry out such studies using ecologically relevant bacteria”.

Prochlorococcus is highly ecologically relevant, she adds. “It is critical in both the marine food web and to carbon cycling, and we would miss some of the issues if we only looked at the easy-to-grow lab strains. Pollution risk assessments will benefit from considering these highly sensitive microorganisms that play such a significant role in the environment.”

Other research into Prochlorococcus has looked at how different strains of the organism respond to changes in the levels of different nutrients in marine waters and to warmer or cooler water temperatures, Dr Tetu says. Small but mighty: Ten per cent of the oxygen we breathe comes from just one kind of bacteria in the ocean, Prochlorococcus.

Certain strains are more resilient than others, she adds – so future research may explore how populations of the organism could evolve to cater to changing conditions.

“I’ve been involved with some of that work, which is what led me into this research – I wanted to take the suite of techniques I’ve used to study how these cells respond to environmental challenges and apply it to things like chemical toxicant exposure that are emerging as new concerns,” she says.

In the lab, the team exposed two strains of Prochlorococcus found at different depths in the ocean to chemicals leached from two common plastic products—grey plastic grocery bags (made from high-density polyethylene) and PVC matting.

In both scenarios, the organisms grew more slowly, reduced their photosynthesis and in some cases died. Analysis of the plastic leach showed that it contained metals, such as zinc, and a wide array of organic compounds.

Dr Moore cautions that it’s too early to draw hard conclusions on likely ocean impacts from this lab-based research yet.

“Procholorococcus is the most abundant photosynthesising organism, and this is a first study, done under laboratory conditions,” Dr Moore says.

“It’s always hard thing to try to infer what might be going on in the field from lab based experiments.”

Dr Tetu agrees, and explains that the experiments followed standard ecotoxicology protocols, which involve stepping up the concentration of a toxin until there is a response from the organisms that are being tested.

“We set out to see if there was potential for chemicals that leach from plastic to have some impact photosynthetic marine bacteria,” she says.

“We weren't aiming to replicate what is thought to be in the ocean at this time. Marine plastic levels are very patchy in their distribution, but ocean surveys suggest the average plastic burden is currently much lower than what we used in our lab setups.”

Dr Tetu says that the results in the laboratory will guide ocean-based research.

“The next step is to figure out whether those results are ecologically significant by going to the field, looking at natural populations. We hope to test impacts over a wide range of plastic leachate concentrations and explore the possible role of zinc,” she says.

“We are interested in working out the toxicity of individual components of the plastic leachate to see if specific plastic additives are particularly problematic. Perhaps plastic items can be formulated in the future with different mixes of additives to help reduce the toxicity of their leachates.” 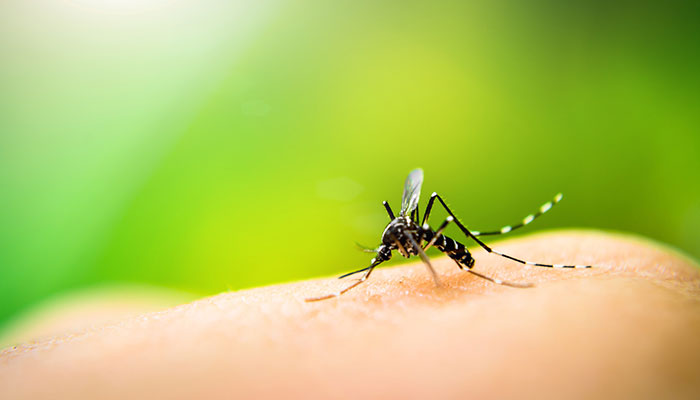