Macquarie University research has confirmed the wide-reaching benefits of discovering hearing issues as early as possible.

More than half a million school children will have their hearing tested in the next five years as part of a free national screening program announced today. There's an app for that: Sound Scouts is a tablet-based app that uses games based on science to test hearing loss in children.

The Federal Government unveiled a $4 million national rollout of Sound Scouts -  a tablet-based app that incorporates the science of hearing tests in a fun, interactive game - at Sydney’s Willoughby Public School, which was involved in trials of the app.

The funding commitment came after a study by Macquarie University’s Centre for the Health Economy (MUCHE) was able to demonstrate the cost-effectiveness of Sound Scouts, finding it delivered a $10 return in benefits for the children and the community, for every $1 spent on the app.

MUCHE also established that parents found it easy to administer the Sound Scouts test to a five-year-old at home - thereby opening up the pathway to diagnosis and treatment of hearing loss.

We know that delays in recognising and treating hearing loss in children’s first few years of school can be profound and long lasting, undermining their future prospects

He said that last year, 600 five to seven year-olds received hearing aids for the first time, and that a recent study had shown up to 1.3 million Australians were living with hearing conditions that could have been prevented.

“The Sound Scouts program is engaging and fun, but with some serious benefits for our nation’s children,” Wyatt said.

“We know that delays in recognising and treating hearing loss in children’s first few years of school can be profound and long lasting, undermining their future prospects.” Dr Mutsa Gumbie, MUCHE Research Fellow, said MUCHE’s economic evaluation of Sound Scouts had found that it shortened the time it took for children to have hearing loss identified, and helped families to navigate the system and seek treatment.

“Hearing loss affects the quality of life of children, their education, and can also be misidentified as Attention Deficit Disorder,” she said.

For the founder and CEO of Sound Scouts, Carolyn Mee, the funding announcement marked the culmination of eight years of research and development and commercialisation.

“I know from speaking to people particularly in rural areas that it’s very hard to access audiology services, and I’ve had many travelling teachers advise that they can wait up to nine months to confirm if a child has a hearing loss, so they are very excited and are loving Sound Scouts as a tool to enable that immediate assessment.”

While Australia has universal screening to detect congenital hearing issues at birth, the MUCHE study points out that some children will acquire hearing loss in their first five years of life due to many factors, including inflammation of the middle ear, and common childhood infections such as chickenpox and flu.

Says Mee: “It’s so important that every child is tested and for parents to have the confidence to know that hearing is not the cause of any issues that may arise in their first years of school.”

Mee developed the app in collaboration with Macquarie University-based National Acoustic Laboratories (NAL), whose testing and studies have scientifically validated the app’s efficacy.

NAL is the research arm of Australian Hearing, which last financial year treated more than 11,000 children nationally with hearing loss, and will support Sound Scouts with raising awareness of the app and encouraging parents and schools across the country to engage with it, said managing director Kim Terrell. “It’s a very important tool in the armoury for working out if children have mild to moderate hearing loss,” Terrell said.

Through children focusing on a story and responding to sound cues, the Sound Scouts app identifies three types of hearing conditions - sensorineural hearing loss, conductive hearing loss and listening difficulties in noise - in children aged between 4 years and 9 months and 12 years, but can also be used for teenagers and adults.

“ I think what happens to the children is they lose their self esteem, and when that happens at five and six, it’s really hard to gain that back... poor little kids, really getting off to a tricky start.”

Dr Mutsa Gumbie is a research fellow at the Macquarie University Centre for the Health Economy. A hearing test can detect these four serious illnesses
Dementia, diabetes, rheumatoid arthritis and heart issues are among the serious health conditions which can be discovered by a simple hearing test. 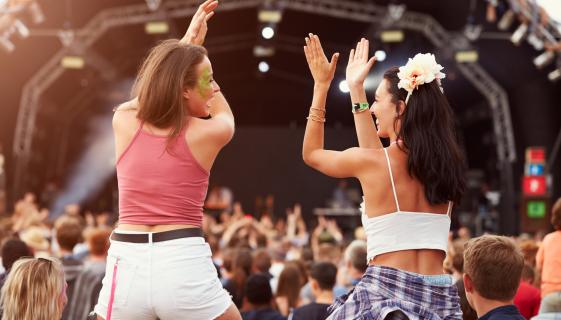 Big events trigger a rise in hearing loss
Even though hearing loss can be prevented, a rise in the 'hidden' causes of hearing loss leaves many Australians struggling to hear in noisy environments.