Please explain: Why is NASA returning to the Moon?

NASA has announced its plans to have humans walking on the Moon again by 2024. The first mission of the Artemis Program (named after Greek god Apollo’s twin sister) is projected to launch in 2021. It will be un-crewed, with subsequent missions culminating in one male and one female astronaut landing at the Moon’s south pole three years later. One small footprint: Buzz Aldrin leaves his mark on the Moon during the Apollo 11 mission in 1969. Photo credit: NASA

But why go back, after more than 50 years? Why now?

There are many interconnected reasons – scientific, geopolitical, strategic and economic – and not necessarily entirely to do with the Moon itself.  There is also an element of political opportunism on NASA’s part – President Trump has been calling for a return to the Moon since 2017, and a 2024 date means that if he is re-elected, the Moon walk would take place during his presidency.

But no matter who wins the upcoming election, says Associate Professor Craig O’Neill from Macquarie University’s Department of Earth and Environmental Sciences, “These programs generally get bilateral support, and once they’ve got going they’re hard to wind back.”

More substantive reasons for a new wave of Moon missions, however, involve geopolitics. In recent years, China and India have both launched lunar programs, with a Chinese rover successfully landing on the dark side, and another mission slated for late 2020.

Russia has also announced plans to have cosmonauts on the Moon by 2030, although there is some doubt about whether the country can afford to do so. National prestige might not be a particularly noble motivation, but it is a compelling one for a major power.

Thanks to the Outer Space Treaty of 1967, the Moon is off-limits for territorial conquest, in much the same way as Antarctica. It is not, however, off-limits for exploitation.

NASA has already revealed the Artemis Accords, the proposed legal framework for governing the actions of countries and companies in space and on the moon. The legal framework makes provisions for so-called “safety zones” around sites where mining and exploration would occur on the lunar surface.

Signing the accords will be mandatory for allied countries wishing to be part of NASA’s lunar exploration program.

NASA describes the rules governing space and extraterrestrial mining as being similar to the rules existing for exploiting Earth’s oceans. Fast times: The Lunar Roving Vehicle gets a speed workout by astronaut John W. Young in the 'Grand Prix' run during the first Apollo 16 spacewalk in 1972. Photo credit: NASA

Unlike fisheries, however, participating extraterrestrial mining companies would have to provide images of the material and the location from which it was recovered.

And that means sending Moon rovers. At least two more are scheduled to make a landing by 2022.

This raises an obvious question – what is there to mine on the Moon? In 2018, data collected by an instrument aboard India’s Chandrayaan-1 spacecraft detected clear evidence of water ice on the Moon’s surface, notably deep within polar craters where the sun never shines, and temperatures never reach higher than -157 °C.

Geological surveys have shown that the Moon is also a source of Helium-3 – a proposed means of providing safe nuclear energy.

Not only is that a potential source of drinking water for future astronauts visiting the Moon, but water can be broken down into hydrogen and oxygen. Oxygen can provide breathable air, and oxygen and hydrogen can be used as rocket fuel.

The Moon – or a refuelling station orbiting the Moon, like the Lunar Gateway orbiter that forms part of the Artemis program – could become a pitstop on the way to Mars and beyond.

Water, however, is not the only potential mining opportunity. Geological surveys have shown that the Moon is also a source of Helium-3 – a proposed means of providing safe nuclear energy.

The Moon also has stores of rare earth metals – all of the lanthanides, as well as scandium and yttrium. These metals are used in smartphones, computers, and medical equipment, and have become vital to modern society. The bulk of earth’s reserves of these metals are found in China – a cause for nervousness for other nation-states.

More than a scientific quest

The Moon’s stock of these resources are found in what is called the KREEP (potassium – chemical symbol K, Rare Earth Elements and phosphorus - chemical symbol P) terranes. View from here: Earth rise as seen from the Moon during the Apollo 12 mission in 1969. Returning is not a sentimental exercise, says Associate Professor O'Neill. Photo credit: NASA

When the molten Moon was cooling, around 3.5 billion years ago, these elements found their way to the top, with some help from volcanic activity. They are incredibly enriched and right on the surface.

This makes mining them an attractive proposition. It also means that the commercial space operators the US government is trying to encourage will get something for their money.

I have concerns that the proposed 'Moon rush' has not been as well thought out as it might have been, and that lunar exploration is likely to become a hotly contested area, with at least two major powers involved.

Going back to the Moon after all this time is not an abstract scientific quest, despite the dizzying amount of knowledge we will gain by doing so. It is not a sentimental exercise, despite the sad fact that only four people who have walked on the Moon are still alive, and the youngest of them is 84.

Instead, it is a cold, rational effort to deal with some of our Earthbound problems, even as we attempt to take our first faltering steps towards the stars.

Craig O'Neill  is an Associate Professor in the Department of Earth and Environmental Sciences. 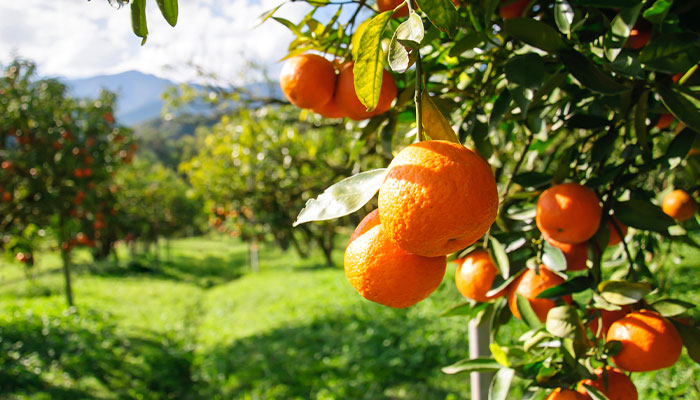 Accidental heroes: how the world's cities can help save the trees
We usually think of urban areas as a cause of species extinctions, but new Macquarie research reveals they can in fact act as arks for biodiversity. New research to help sort truth from fiction on the internet
When disaster strikes, it can be hard to know what data to trust – but a research project at Macquarie University will help develop programs that identify misinformation online.