What's the big deal about 5G – and why are we talking about 6G already?

Macquarie telecommunications expert Dr Robert Abbas explains the differences between 4G and 5G mobile data networks, and how 6G will be super intelligent and unimaginably fast.

Despite a bizarre web of unfounded conspiracy theories, Australia’s 5G mobile data network is being gradually rolled out across major metropolitan areas this year. With international 5G standards now firmly in place, the new advances in network technology currently emerging are being rolled into the standards for the following mobile data network, known as 6G.

Though there are already 5G mobile plans, compatible phones and modems on the market, Macquarie University telecommunications expert Dr Robert Abbas says that most 5G users in Australia will start coming on board from 2021.

Dr Abbas is a key adviser on the mobile network performance, privacy and security aspects of the 5G standard, which is the new ‘fifth generation’ of international standards in mobile network technology, and has been under development since 2014.

5G satellite networks will also be able to provide smart IoT and fast internet services where there is no infrastructure.

“The biggest attraction of 5G for most users is its speed, but there’s more to it,” says Abbas.

“The new 5G standard is much faster and more responsive, and has much greater capacity, which will be a real breakthrough for the massive Internet of Things (IoT), and leveraging machine learning, artificial intelligence and to automate network management and security,” he says.

Other technologies that 5G will boost include

The 5G networks also use very smart technology to reduce their use of power, he says.

This will raise the viability of all kinds of smart devices, from autonomous vehicles, to remote tracking and control of everything from wearables like smart watches and ID cards, to appliances, smart agriculture and goods inventories.

5G satellite networks will also be able to provide smart IoT and fast internet services where there is no infrastructure, he says.

This means fast mobile data coverage for rural and remote regions on land and at sea, helping industries such as mining and agriculture, and environmental monitoring.

World standards at the heart

Abbas is now in early conversations with international standards agencies for the next standard beyond 5G, called (predictably) 6G. 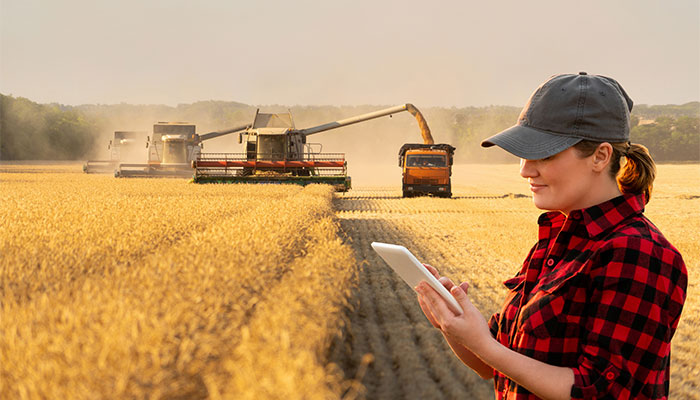 Farm hand: 5G satellite networks will speed up internet services where there is no infrastructure, helping rural and remote industries such as agriculture.

The ‘G’ in all mobile data networks stands for ‘generation’, he explains – and each new generation of mobile network technology is only introduced after years of negotiation to establish the standards.

Digital mobile networks began in the 1980s, with Australia the first country outside Europe to adopt the new GSM (Global Systems for Mobile communications) standard for mobile data.

Each new generation allowed extra features, from SMS messaging in 2G to the rather slow internet access of 3G. Australia adopted the current 4G standard in 2010.

Our government made a national security decision in 2018 to deny any foreign vendor (including Huawei) from contributing to the rollout of our 5G network.

“4G was all about mobile broadband, allowing us to browse and do most things on the internet that we could do from a wired connection,” Abbas explains.

“It’s taken 10 years for this next generation, and 5G will deliver much higher throughput, it will allow a huge amount of new applications, new business models and new industries.”

UK Prime Minister Boris Johnson announced last month that 5G equipment made by Chinese telecommunications giant Huawei would be stripped from the UK’s mobile networks by 2027, while the US government has had sanctions on Huawei since last year.

However, Abbas says these concerns are old-hat to Australia, with our government making a national security decision in 2018 to deny any foreign vendor (including Huawei) from contributing to the rollout of our 5G network.

Abbas says that people protesting about 5G are following a long tradition of campaigns against new mobile data networks over 30-plus years, despite lack of evidence supporting claimed adverse health effects such as cancer.

“I am not medically trained, but there is no credible research showing health risks from mobile data networks,” he says.

Abbas adds that it is governments, not technology companies, that allocate the frequency band for mobile digital networks in various countries, and these allocated frequencies fall along the same continuum used by television, radio, GPS and even radar.

Abbas has recently published research which outlines what we can expect from the next generation of mobile data networks.

6G networks are likely to start emerging from 2028 and might be the first mobile data network to replace the unique mobile SIM cards with a ‘virtual’ SIM.

6G will be exponentially faster and have much greater capacity, he says, allowing for even broader use of sensor and ‘internet of things’ networks.

He believes these networks will require an increased focus on encryption to secure data transmission – particularly as quantum computing may be commercially available during the time that 6G networks are in use; and will use artificial intelligence to help secure communications.

He says that the volumes of data that 6G networks can handle will be up to a terabit per second – unimaginably fast compared to our current network capacities.

“The new 6G networks will be exponentially faster, super intelligent and allow new levels of automation, new industries and new abilities beyond anything we have seen before,” Abbas says.

Dr Robert Abbas is a Senior Lecturer in the School of Engineering at Macquarie University. 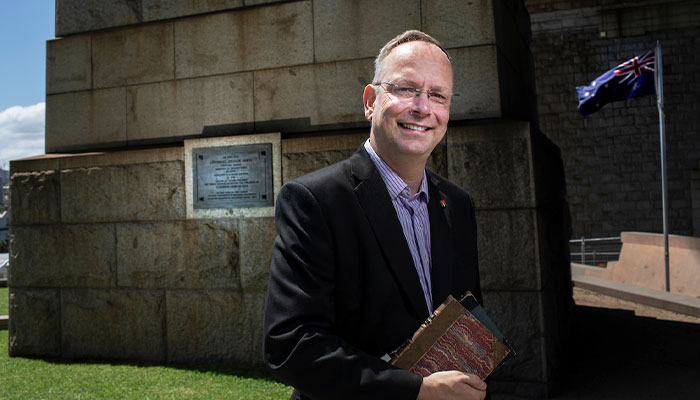 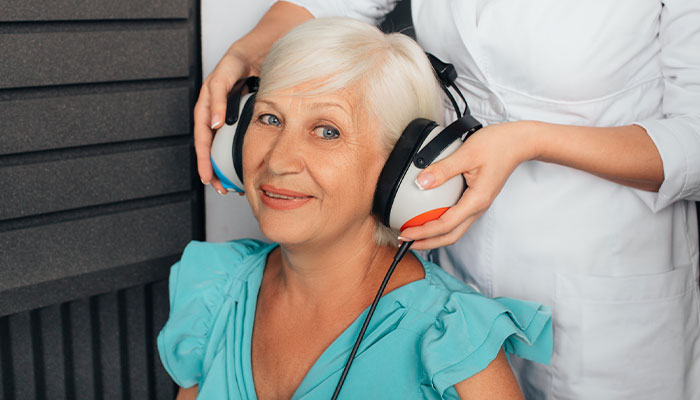