Will Australia run out of petrol?

The recent attack on the world's largest crude oil processing plant – and the subsequent market shock – should be a wake-up call for the government about the precarious state of Australia’s transportation fuel reserves.

A shiver went through the global community – and the oil markets – when explosions recently disabled two Saudi Arabian oil facilities, affecting about half the Kingdom’s supply. Regardless of how this particular geo-political contretemps plays out, the issue has shone a spotlight on a little-discussed energy security issue in Australia.

“Our stockpile of transportation fuels is far from adequate,” says Dr Lurion De Mello, a Senior Lecturer at Macquarie University’s Business School. “We have so little storage. It’s crazy.”

“It is difficult to verify how many days of oil reserves we actually have. People just throw numbers around. The government is stating that we do have the 90 days IEA requirement if you take into account the oil sitting out on tankers at sea.”

De Mello, who spent two years working in Saudi Arabia, does not think Australia is about to run out of petrol and that scare-mongering along these lines is unhelpful. But he does believe it’s time the government took some decisions to secure the country’s transportation fuel needs.

Hopefully the situation will shock the Australian government into taking serious action... we are now totally dependent on foreign shipping companies.

“Saudi Arabia does not provide direct imports of oil to Australia, so we probably don’t have to worry too much about the geo-political tensions in the Middle East," De Mello says.

"The oil price spike caused by the recent attack has retreated somewhat and the Saudi Oil Ministry has stated production will be back up in the next few weeks and that the refineries in Asia will receive their agreed October shipments. The world – and oil prices - seem to cope with geo-political hot spots, as we have seen previously with issues in Venezuela, Iran and the South China Sea.

"But hopefully, the situation will shock the Australian government into taking serious action regarding transportation fuel supply security. We need to invest in state-of-the-art refineries."

Australia refines around 460,000 barrels of oil per day. In December, 2018 we produced around 283,000 barrels of oil a day but most of it is sent off to Malaysia or Singapore to be refined. Some is refined at Kwinana, south of Perth, Lytton in Brisbane, Altone, west of Melbourne and in Geelong. But the capacity is inadequate to supply the domestic market. De Mello says it makes sense to rebuild our oil refining capabilities. Running on empty: Australia relies too heavily on importing refined oil and should build more of its own refineries instead, says De Mello.

“I know there is a cost involved but I think we should be refining more in Australia. At the moment we just explore and export and buy it back. We should be setting up more refineries with a high technological capacity to produce the fuels we need. With so much exploration taking place on the North-West Shelf, refineries should probably be set up in WA, near the supply,” De Mello says.

“The alternative is to stockpile crude oil but this strategy would not be of use in an emergency because it would take 30-40 days to send it off to Singapore for refining and then bring it back. The long-term solution is to refine here.

“We have new refineries coming on board in the next couple of years but they will add minimal capacity. The charts indicate Australia will remain a heavy importer of refined products until at least 2028.”

“We have new refineries coming on board in the next couple of years but they will add minimal capacity. The charts indicate Australia will remain a heavy importer of refined product until at least 2028.”

Another way to increase supply and boost reserves is to import more refined product. And this solution would have a minimal impact on price.

“Australia used to have 12 Australian-owned tankers bringing refined product here. But we are now totally dependent on foreign shipping companies because they are much cheaper. This presents a further risk but analysis shows adding more ships – even up to 60 more – to the route would add just a couple of cents per litre at the bowser,” De Mello says.

Another issue is the imminent mandate that requires vehicles to meet the new Euro 6 emissions standard. This standard requires light vehicles to emit less CO2 and NOx and the crucial part, besides engine technology and catalysts, is using the right type of fuel.

RON 91 unleaded gasoline (sulphur content up to 150 ppm) remains the most popularly consumed petrol type in Australia, accounting for 60% of the total gasoline sales, and is likely to remain so for some time.  Research from BMW shows that 95 RON type fuel with a maximum sulphur content of 10ppm is crucial in helping to reduce CO2 emissions. Reductions in sulphur will provide immediate reductions of emissions from all catalyst-equipped vehicles on the road. Pragmatic approach: A shift to renewable energy will not solve Australia’s transportation fuel needs in the short-time, warns De Mello.

The Euro 6 compliance in Australia was supposed to come online in July 2018 but has been pushed back to 2027, De Mello says.

"This is just as well for Australia, as it gives us a bit of time to think of how we can increase the supply of 95 RON fuel, keep the costs down and put fuel efficiency in the minds of customers," he says.

"Australia still has a lot of cars with old engine technology on the road and is not yet set up to cope with Euro 6 standard but the government now has time to deal with this issue. Having a stockpile of oil will not be of any benefit if our refineries - existing or new – don't upgrade the facilities to provide fuel that is low in sulphur content as part of the Euro 6 standard.

Australia’s refiners are mostly equipped to produce Euro 2, 3 and 4 compliant fuels, and unable to produce the International Maritime Organisation IMO 2020 specification diesel to supply the regional shipping fleet, the majority of which are expected to make the direct switch to marine gasoil (MGO) from heavy bunker oil.

The forecast surge in MGO and diesel prices in the initial stages of the policy’s implementation is negative for Australia, and by extension, its diesel-reliant end-users. In Australia we have just one refinery that has started to produce low sulphur marine fuel but this is still in a testing phase.

Renewables and electric vehicles may play a role in Australia’s transport needs one day. But De Mello thinks change should be gradual and that it makes no sense to destroy industry for little environmental gain.

“Any focus on renewables as a solution to Australia’s transportation fuel needs is not realistic at this stage. It won’t happen for a long time. Renewables are being added to fuel - rather than replacing it - so the combustion engine will be with us for the foreseeable future. Australia is a big country and we need road transport.

“People talk about electric cars as if they’re going to reduce emissions overnight. The reality is they are charged by electricity produced from coal. And will be for some time to come.”

Dr Lurion De Mello is a Senior Lecturer at the Macquarie Business School and a member of the International Association for Energy Economics. 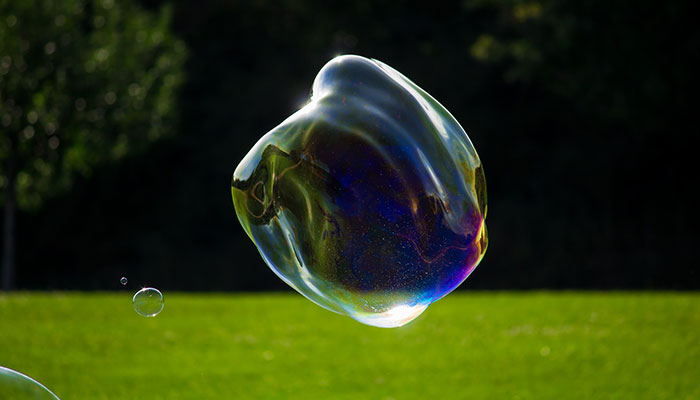