New dating of a river terrace location in Central Java called Ngandong has finally established the true age for an important site in the story of human evolution. This site on the banks of the Solo river, discovered in 1931-33, contained twelve Homo erectus skull caps and two lower leg bones. These fossils are the youngest, most advanced form of the human species, and represent an important evolutionary change. Until now the nature of the burial sediments has made precisely dating the evidence difficult.

But 90 years after the remains were discovered, a new suite of analyses, generating 52 new ages for the Ngandong evidence, has confirmed that Homo erectus went extinct in the middle of the last interglacial phase, when warmer rain forested environments were widespread. This research, published in Nature, has wide implications for the complex story of human evolution in this region, and helps to establish the time in which Homo erectus occupied east Java, who they interacted with, and – potentially – why they went extinct.

The new findings have been published in Nature.

The site, originally excavated by Dutch geologists Oppenoorth and ter Haar in 1931-1933, has long been a source of frustration for scientists attempting to establish a satisfactory age for the remains, despite the significance of the site for understanding human evolution. Previous attempts to date the site returned very young ages (53-27,0000 years) and much older ages (143-500,000 years). These earlier studies had issues with the true provenance of the material, a lack of association between the fossils and material being dated, and the leaching of uranium from the fossils being dated, all creating uncertainties.

“After many unconvincing attempts to date the site over the years we knew we needed to try a different approach” says joint lead author of the study, Macquarie’s Associate Professor Kira Westaway.

“Previous studies fixated on the evidence itself, so instead we viewed the fossils as a piece of a much larger puzzle, and tried to understand how they fitted into the wider valley and region.”

The joint Indonesian-Australian-American team applied a regional approach to dating the site and interpreted the evidence within the wider landscape of Central Java. The site is in a river deposit that represents a rung on a ladder of floodplain steps called terraces. Their study took into account how the Solo River system was created (landscape context), how the terraces were formed (terrace context), and how the fossils were deposited (fossil context).

By dating stalagmites in caves, they were able to establish when the mountains to the south rose up and diverted the Solo River into the Kendeng Hills, creating the Solo river terraces. They then, for the first time, dated the entire sequence of river terraces, so the age of the site would be constrained by the terraces above and below Ngandong. Finally they re-excavated the site to discover and date the original bone bed found by the Dutch.

“Finding the original bone bed was crucial for this study. That way there could be no confusion or doubt that the material we dated was directly associated with the original Homo erectus discovery” says Yan Rizal from the Institute of Technology, Bandung, joint lead author of the study.

“It was great feeling to finally see that deposit clearly, and know we could finally draw a line under the story of Homo erectus”.

The researchers applied a barrage of dating techniques to all three contexts: the stalagmites in the cave, the river terrace sediments around the fossils, and to the associated mammal teeth found within the bone bed. The result was 52 new ages, indicating that the river deposit and fossils were laid down between 117-108,000 years ago.

“This site has been shrouded in uncertainty since it was first excavated” says Westaway. “We used a range of dating techniques from different institutions to establish a robust chronology that, after 90 years, will finally put an end to this inconclusiveness about the age and significance of the 12 Homo erectus skull caps”

“We were lucky to have some of the best dating facilities in the world at our disposal, including the equipment that dated the famous ‘Hobbit’ fossils of Southeast Asia, the human teeth from Lida Ajer cave in Sumatra and fossils from the Rising star cave in South Africa” says co-author Renaud Joannes-Boyau from Australia’s Southern Cross University.

The new age range for Ngandong finally places the site into a framework for human evolution in Southeast Asia. The Ngandong Homo erectus existed at around the same time as Homo floresiensis (Hobbits) in Indonesia and the newly-discovered Homo luzonensis in the Philippines, both of which have some Homo erectus-like features. At this age, Homo erectus could potentially have met other human species such as the enigmatic Denisovans, first discovered in the cold caves of Russia.

“The new age range also raises important questions about the interactions between the Denisovans and the Ngandong Homo erectus population”.

The research was supported by Australian Research Council grants, Wenner-Gren Foundation for Anthropological Research, University of Iowa and Macquarie University. Side view of Homo Erectus skull. 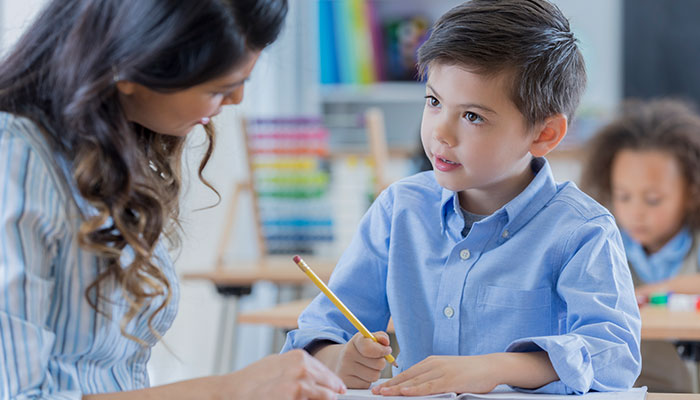