Australia’s Chief Scientist, the President of the Australian Human Rights Commission and a former Commissioner of the New South Wales Rural Fire Service were among five outstanding individuals awarded honorary degrees by Macquarie University this month.

A leading figure in the growth of the Australian research infrastructure landscape and a retired District Court Judge rounded out the list of esteemed recipients.

Professor S Bruce Dowton, Vice-Chancellor and President, Macquarie University, congratulated the five recipients on receiving the University’s highest honour in recognition of their exceptional contributions to their fields.

“Macquarie University is proud to award honorary degrees to five pre-eminent people whose extraordinary achievements in their fields have had positive impacts on the wider community.”

Emeritus Professor Rosalind Croucher AM was recognised for her leadership in the field of law, receiving the degree of Doctor of Laws (honoris causa), honouring her work advancing legal reform and human rights in Australia, and her ardent support of women’s progress in the legal profession. Emeritus Professor Croucher began her academic career at Macquarie University in the early 1980s, and in 1999 returned as Dean of Macquarie Law School, a role she held for seven and a half years. She has since been Commissioner, then President of the Australian Law Reform Commission, before being appointed President of the Australian Human Rights Commission.

Dr Rosie Hicks was awarded the degree of Doctor of Science (honoris causa) recognising the profound impact on university researchers and industry innovators of her work supporting the growth of Australia’s world-class research infrastructure. A physicist by training, Dr Hicks served 12 years as the inaugural CEO of the Australian National Fabrication Facility (ANFF), which counts among its national network of facilities the nanoscale laser processing facilities at Macquarie University.

In recognition of his long and distinguished career in the law and service to the community as a judge, His Honour Judge Martin Blackmore SC received the award of the degree of Doctor of Letters. Judge Blackmore gained a Bachelor of Legal Studies at Macquarie University in 1981 and was a judge at the District Court of New South Wales from 2002 until 2021.

Dr Cathy Foley AO PSM, Australia’s ninth Chief Scientist, received a Doctor of Science (honoris causa). Dr Foley is a strong advocate for increasing Australia’s scientific capabilities, emerging technologies such as quantum and for building diversity and inclusion in STEM fields. Dr Foley graduated from Macquarie University in 1981 with a Bachelor of Science with Honours and a Diploma of Education, followed by a PhD on the properties of the semiconductor indium nitride in 1985. 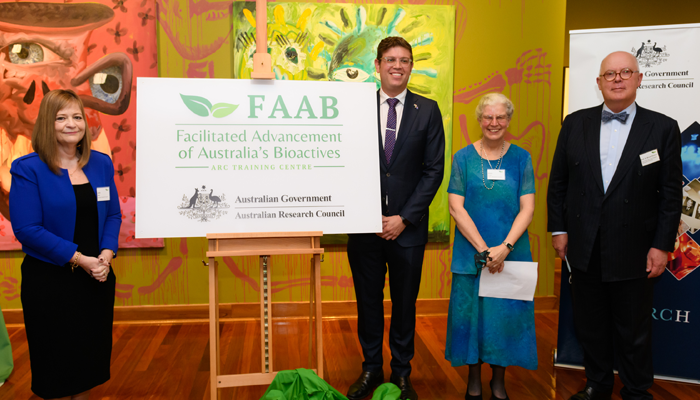