New hope for early Alzheimer's alert, and a chance to change course

Healthy people over 65 with a high level of a certain marker in their blood are 35 times more likely to transition to mild cognitive impairment or Alzheimer’s. Macquarie Medical School's Dr David Lovejoy explains the results of his team’s cutting-edge study.

New collaborative research from Macquarie University and the CSIRO, Australia’s national science agency, has discovered a potential blood biomarker associated with a risk of cognitive decline can appear years before the onset of dementia symptoms – and there are hopes this could be early enough for people to make lifestyle changes to help head off the disease.

The human body has a number of ways of breaking down and producing the compounds, or metabolites, necessary to keep it functioning.

The kynurenine pathway (KP) is one of these ways, producing metabolites that serve functions including protecting the neurological system and coordinating the immune response.

While some metabolites are protective, others can become toxic in high enough amounts.

When it is not functioning properly, the KP produces increased levels of neurotoxic metabolites, which can ultimately lead to the death of neurons, the cells that transmit messages in the brain.

We found someone with increased levels of 3-HAA is 35 times more likely to progress to Alzheimer’s than someone with normal levels.

Dysfunction in the KP has previously been found to be caused by chronic inflammation in the body, and associated with problems ranging from Alzheimer’s and multiple sclerosis to schizophrenia and bipolar disorder.

Dr David Lovejoy from Macquarie Medical School says his team looked at samples from 239 people with an average age of 75, 166 of whom went on to develop Alzheimer’s. The samples were taken every 18 months as part of a long-term study of healthy older Australians.

“We found someone with increased levels of 3-HAA is 35 times more likely to progress to Alzheimer’s than someone with normal levels,” he says.

“This is the first time higher 3-HAA levels have been shown to be an early warning sign of the disease.

“In the past, 3-HAA has been observed to actually decrease after a diagnosis of dementia, but nobody has ever looked back to measure it in the lead-up.

“So, we were surprised to see increased 3-HAA levels strongly predicting risk of developing MCI that leads to a diagnosis of dementia.

“Increased levels of the 3-HAA metabolite have been shown to impair the immunological response to the build-up of amyloid in the brain, one of the key 'bad-actors' in the development of Alzheimer's.”

A blood test for Alzheimer’s?

At this early stage, the process of testing for 3-HAA is at laboratory stage, but there is every reason to believe that it will be possible to develop a rapid blood test in the future. 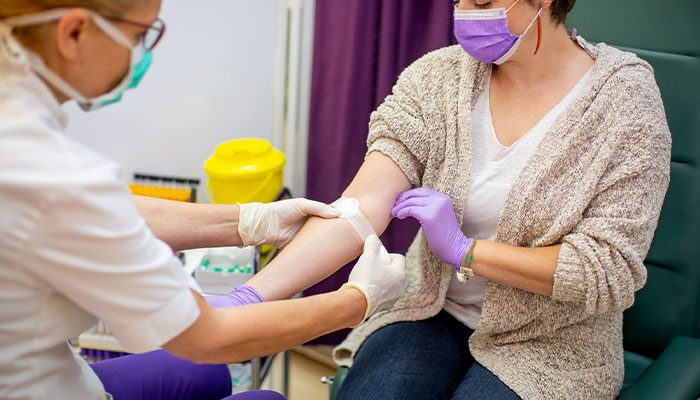 Knowledge is power: A rapid blood test to determine Alzheimer's risk  is a future possibility.

“In theory, if you found your levels were high, you would get a brain scan to determine whether there was also a build-up of amyloid plaques, which is an indicator of Alzheimer’s, and begin taking preventative measures,” Lovejoy says.

“We don’t know yet whether increased levels of 3-HAA leading up to dementia can be reversed. That is something that needs more research, but there are so many exciting possibilities here.

“There would also be the potential to use such a test to check whether new Alzheimer’s therapies were working.

“In theory if levels of 3-HAA began to fall, it might indicate that the treatment was having the desired effect.”

Lifestyle changes that can prevent Alzheimer’s

Alzheimer’s is one of a number of diseases – including heart disease, stroke and certain types of cancer – that count inflammation in the body one of their root causes. Acute inflammation is healthy, aiding in the recovery process after injury or illness. Chronic inflammation, on the other hand, is detrimental to many aspects of our health.

In the case of Alzheimer’s, inflammation of the neurological system is one of key culprits, as it increases the toxicity of amyloids and tau proteins, which build up in the brain.

Fortunately, Lovejoy says there are lifestyle changes anybody can make at any age that help reduce chronic inflammation:

“These are all the things that also contribute to maintaining a healthy weight,” Lovejoy says.

“They’re changes we know we should make but might struggle to put into place.

“If you do these things, you’ll reduce your risk of a number of serious diseases, and you’ll have a sweeter life as you get older.”

Dr David Lovejoy is a researcher in Macquarie Medical School and the Macquarie University Centre for Motor Neurone Disease.

This study was funded by the National Health Medical Research Council. New Dementia Centre offers hope in fight against our second biggest killer disease
The new Macquarie University Dementia Research Centre brings together a team of leading scientists from Australia and overseas who will work together to better understand Alzheimer’s disease and develop better diagnostic tools and treatments. 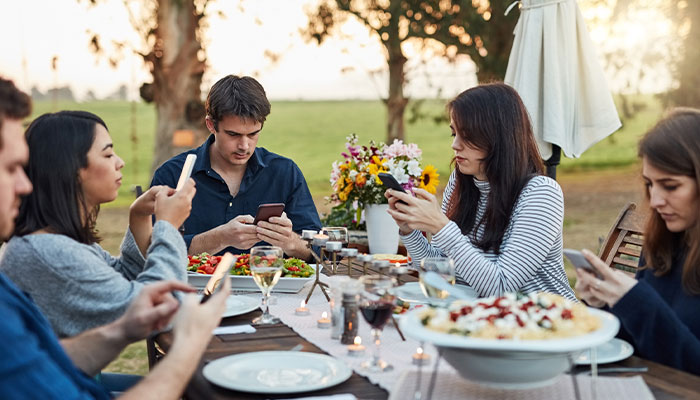 How to put your phone down: tips from a psychologist
Anyone who owns a smartphone has probably found themselves reaching for it automatically and aimlessly scrolling for much longer than they intended. What is this doing to us, and how can we take back control?