Schools, hospitals and universities stand to benefit from a Macquarie University invention, which can cut download speeds in a classroom from 40 minutes to 24 seconds.

A palm-sized device that radically speeds up internet download times without the expense and disruption of installing new fibre-optic cable has won the photonics industry’s equivalent of an Oscar. Macquarie University Distinguished Professor Michael Withford was in San Francisco earlier this month to receive the Prism Award for Photonics Innovation in Optics and Optomechatronics, beating two other finalists in the category, including multinational giant Nikon.

The five-member team from the Sydney-based start-up Modular Photonics won for their Plug n Play Omplex Passive Silica Chip, which retrofits legacy fibre-optic networks quickly and cheaply to speed up data flow without the need to recable.

Withford, the CEO of Modular Photonics, says the technology stands to benefit any concrete monolithic structure – such as schools and universities, hospitals, sports stadiums, airports and shopping centres - where the cost to dig up and replace legacy fibre-optic cable can be prohibitive not just in dollar terms, but in lengthy disruption to regular operations.

At one school where classes were suffering from poor download speeds, Plug n Play was installed in less than two hours rather than several days, and for about a tenth of the $20,000 cost to install new cable.

“We’re targeting particular consumers who have budgetary issues and are feeling a lot of pain from download speeds that aren’t fast enough, such as in schools when a thousand students at once are logging into the internal network and putting a lot of strain on the system - and most schools don’t have a massive budget for capital upgrade,” says Withford.

At one Sydney private school where classes were suffering from poor download speeds, Plug n Play was installed in less than two hours rather than several days, and for about a tenth of the $20,000 cost to install new cable.

Where a single class of 30 accessing the same 1 gigabyte file would have to wait a total of at least 40 minutes to download the file, with the Plug n Play retrofit the total download time for a class can be as little as 24 seconds. With seed funding from Macquarie University and the CSIRO, Modular Photonics was registered in January, 2017, to commercialise 15 years of research at Macquarie’s MQ Photonics Research Centre. Photonics is the science and technology of generating, controlling and detecting photons, which are particles of light that, among other applications, can transport data at close to the speed of light.

Withford explains that Plug N Play causes first-generation multimode optical fibre, mostly used for communication over short distances within buildings and campuses, to behave like current-generation, singlemode fibre, through which data moves at speeds from 10- to 100-times faster, depending on distance. It is this fibre which is being used in the NBN rollout.

People are very concerned about adding to their electrical bills particularly in a very complex data centre, so having a little passive device is very attractive to the community - indeed having a small footprint is very attractive.

At the Sydney private school, the download rate has been operating at 10 gigabytes a second since Plug N Play was installed more than two years ago. (The commitment by the education departments of NSW and Victoria is to roll out 1GB/s networks for all their schools.)

The device plugs into a server’s existing switch, the component which connects computers in a network, and does not take up rack space nor use extra power.

“It’s all very green,” Withford says. “People are very concerned about adding to their electrical bills particularly in a very complex data centre, so having a little passive device is very attractive to the community - indeed having a small footprint is very attractive.”

In its early days, Plug N Play has run into scepticism that it is simply too good to be true – a situation that Withford hopes the win at the Prism Awards, which are a recognition for products that ‘improve life through photonics’, will help to turn around. “We’re a new technology, well outside the comfort zone of the contractors. The phrases directed at us when we go to trade shows are things like ‘It’s magic’, ‘it’s smoke and mirrors’, ‘what’s the catch?’, so we’ve got a long road ahead of us to re-educate the sector that their traditional way of thinking that they had to recable is no longer true,” Withford says.

“There’s a lot of resistance because there’s a whole industry out there that make their money out of selling labour.”

But as our appetite for data grows exponentially, Withford says there will always be new cabling jobs – and that the fibre optic technology being developed at Macquarie and commercially deployed by Modular Photonics is all about heading off future data bottlenecks in all fibre networks.

“There’s a lot of fibre going in the ground in large volumes around the world, and a lot of it is the legacy multimode fibre, which still actually outsells the high-speed fibre,” Withford says.

“At some point we reach a data bottleneck and we actually help that bottleneck.”

With just a handful of jobs under its belt so far, Modular Photonics has its sights set on the United States – foremost on student housing, which Withford believes is a potential $100 million market for the start-up. “US universities were very early adopters of multimode fibre, and they’re now marketing themselves on ‘One gigabyte [per second] a bed’ in their student accommodation and frat houses where students like to do a lot of gaming and streaming of high-definition football games and the like.

“This is a marketing feature certainly for the Ivy League universities, and other universities are coming on board as well so they are all screaming ‘upgrade’.

“We’ve been talking to various universities where they have 20 frat houses all with their own individual optic fibre links connecting to a hub, and those links have been concreted over in the past 20 years, so they are looking for cost-effective upgrade solutions.”

Back in Australia, while many public schools have already upgraded to singlemode fibre, Withford believes there is a small market in private schools. Hospitals also are focused on upgrading their multimode systems as doctors increasingly deploy data-intensive technology such as high-definition X-rays and MRIs.

And in shopping centres, Withford says, the pressure is on to upgrade as shop owners get berated by customers about poor internet speeds, and pass those complaints on to management.

“The sky is the limit, and that brings a mix of emotions, but it’s also a significant challenge for us to break down conventional thinking and barriers,” Withford says.

“When we tell people that these data speeds are possible over their long legacy-fibre links, they think it is too good to be true … but we’re seeing uptake from early adopters.” 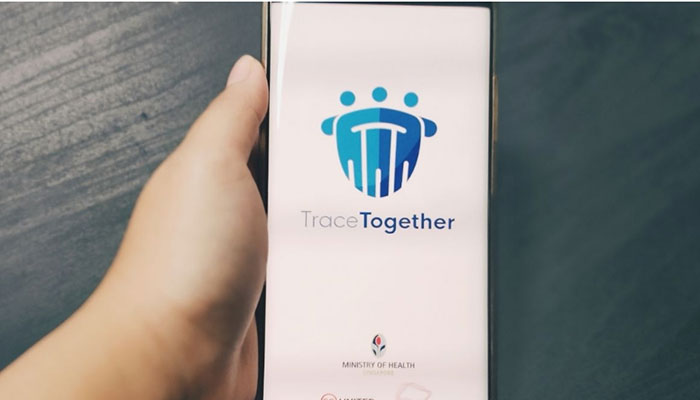