One of Australia’s longest running volunteer science projects is a whale count that has uncovered a remarkable good news story about humpbacks.

Retired diesel mechanic Wayne Reynolds loves whales. He’s proved his devotion every winter for the past 23 years, spending two months peering through binoculars from dawn to dusk, counting the whales that swim by from a windy rock shelf high above the roiling waves around Cape Solander in Sydney's south.

The research he has contributed to – immortalised in a recent paper in the international scientific journal Marine Mammal Science – shows a remarkable recovery in the humpback whale population.

Since 1997, the numbers of migrating humpback whales have increased by 10 per cent on average each year. An estimated 30,000 humpback whales now make the annual journey from Antarctica along Australia’s east coast to the Great Barrier Reef and back again.

The Cape Solander study is as solid as they come. It’s a really good news story that shows what happens when you stop hunting a population that has a relatively good turnaround.

“It’s a really good news story that shows what happens when you stop hunting a population that has a relatively good turnaround,” says marine biologist Dr Vanessa Pirotta from Macquarie University’s Marine Predator Research Group, who led an academic team that reported on the project.

“Whales play an important ecological role in the ocean environment, moving nutrients from one part of the ocean to the other as they travel.” 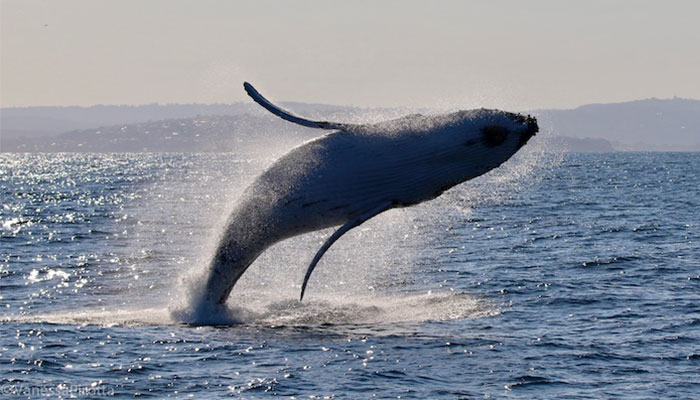 They're here: A humpback whale breaches off the coast of Sydney, where it is peak whale-watching season right now. Photo: Vanessa Pirotta

Citizen science – conducted by amateur scientists, often as a hobby – can deliver patchy results, but Pirotta says the Cape Solander study is as solid as they come. That’s mostly because one person – Wayne Reynolds – carefully trained every single new observer.

“Most people who go out to Cape Solander will run into Wayne, he’s part of the furniture, often found sitting on the corner of the table,” she jokes.

One of the challenges with citizen science is that it’s all done by volunteers, so people come and go, they have other commitments.

Reynolds is possibly the only co-author published in Marine Mammal Science who never attended university, since the prestigious quarterly began 35 years ago – and Pirotta is effusive in her praise for his work over the past two decades.

But Reynolds shrugs: “Vanessa and the others did the hard stuff of writing it all up,” he says.

Says Pirotta: “One of the challenges with citizen science is that it’s all done by volunteers, so people come and go, they have other commitments – families, work and so on."

While dozens of volunteers have come and gone over the years, 19 of the longest-serving volunteers are acknowledged in Pirotta's and Reynolds' paper, most just on a first name or nickname basis – Sue, Cathy, Hugh, Mark, Anne, Ginge, Bob C and Bob E – a droll quirk of a volunteer workforce. 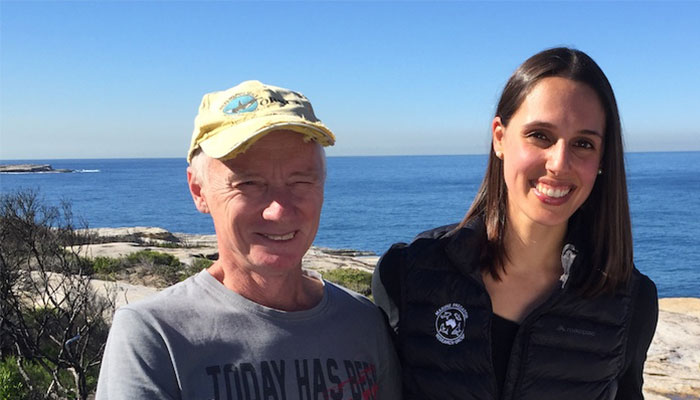 Another whale observation program in Byron Bay has run since the 1980s but only records data for two weeks each year, compared to two months a year at Cape Solander, part of the small Kamay Botany Bay National Park at Kurnell, where sandstone cliffs tower 30 metres above the rocky shoreline on the southern entrance to Botany Bay.

Between May 24 and July 31 each year since 1997, groups of observers have turned up to Cape Solander each day, using binoculars and a compass and following a meticulous recording method, in shifts that run from dawn to dusk.

They note whale species, behaviours – blows, breaches, tail slaps and more ­– how many in a pod, how long they took to move past a buoy used as a marking point. All of this data collected over 23 years, together with incidental notes about other animals including seals, turtles and dolphins, forms a substantial and useful record.

Mature humpback whales have a calf every two to three years, and so their recovery has been far more substantial than most other whale species, Pirotta says.

She says that while the National Parks and Wildlife Service has given some support to the citizen science project over a number of years, the project has been transferred to the not-for-profit group ORRCA.

Having a research team come in to validate and publish the results in a formal paper likely gave the volunteer team a boost, she adds.

“I think it helps when people realise that all that work hasn’t been for nothing and it’s getting out into the scientific community worldwide.”

Some days, the whales passing by Cape Solander have numbered more than 200, and while most sightings are the distant splash from a whale blow several hundred metres offshore, there are also times when whales put on an impressive show much closer in.

In recent years, news of the great views of whales from Cape Solander have drawn large crowds of locals and tourists, and on fine sunny days, park officials have to control traffic, sometimes closing roads temporarily until crowds disperse.

I think it helps when people realise that all that work hasn’t been for nothing and it’s getting out into the scientific community worldwide.

But when icy winter winds blast up from southern waters, and rain needles sideways along the exposed sandstone cliffs of Cape Solander, the observers are often the only humans out there, huddling with thermos and blanket beneath a small wooden pavilion built in 2003 for the volunteers and other whale watchers.

“You have to be a bit mad to do it,” admits Reynolds. “We reckon we’ll write a book one day, it will be all the dumb questions people come up and ask us when we’re there.”

Examples? “We’re 30 metres above sea level and people ask can we see the whales better when the tide comes up the cliff,” he says.

More distressing have been several fatalities when visitors toppled over the cliff edge trying to take photos, he says – and yes, the observers have had to phone rescuers to retrieve bodies.

Reynolds says he’s always been an animal lover, and joined the wildlife rescue service WIRES in his 20s. He spent his younger years surfing and boating, and remembers his shock when people on jet-skis and power boats closed in on the rare sight of a migrating southern right whale passing close to shore at his local beach in Cronulla in 1993. 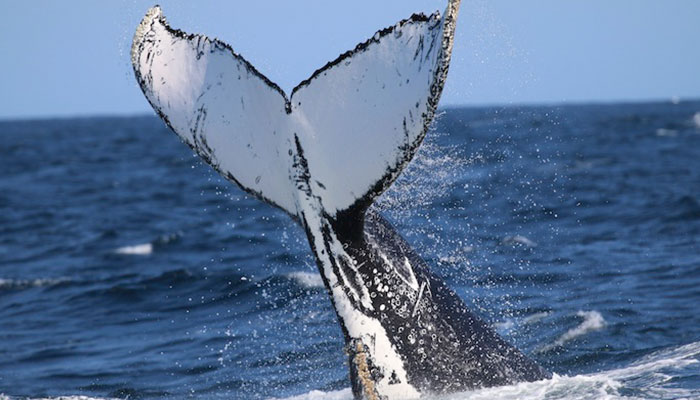 Grand vision: Reynolds has revelled in the view of whales from Cape Solander for the past 23 winters. Photo: Vanessa Pirotta

New laws were soon introduced to restrict people from approaching the creatures.

“When I saw a news report about people at Seal Rocks saving a pod of whales that were stranded in 1992, I joined ORRCA,” he says.

After training, he took part in a few rescues before volunteering for a whale survey pilot study in Anna Bay near Port Stephens, more than 200 kilometres north of his home.

“I went up for a long weekend and realised I had a better view of whales from Cape Solander, 20 minutes’ drive from home, rather than four hours away where I had to stay in a hotel.”

In the winter of 1996, Reynolds began his whale watching vigil at Cape Solander.

Geoff Ross, then the wildlife management officer at the National Park, would drop in to visit and a few volunteers joined in.

“In 1997, he said, 'how would you like to do something genuinely serious?' ” Reynolds ran a pilot program for two months in 1997, then the next year the program began officially.

“We thought it might run for five years,” says Reynolds.

Dr Vanessa Pirotta lectures in the Department of Biological Sciences at Macquarie University where she is a member of the Marine Predator Research Group. 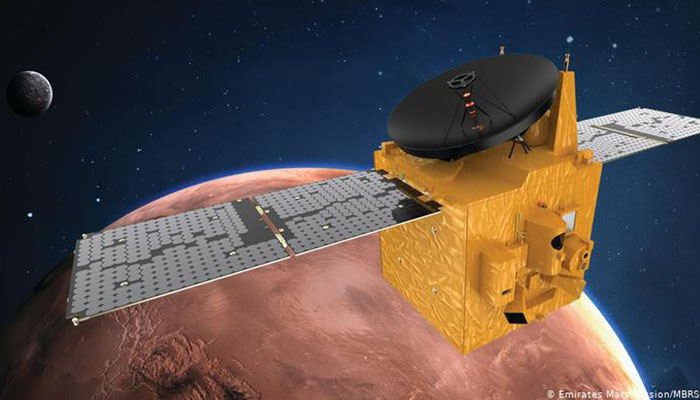 Please explain: why are we sending missions to Mars?
Associate Professor Craig O’Neill, from Macquarie University's Department of Earth and Environmental Sciences, explains. What goes on in the private lives of sharks
Sharks are very smart, they learn quickly and they have feelings, says leading biological scientist Professor Culum Brown.