Has cancel culture gone too far?

Where do we draw the line when it comes to removing TV shows, movies, books and music that are considered offensive? Is it cancel culture gone crazy, or paving a kinder, fairer way forward for people who have been oppressed? 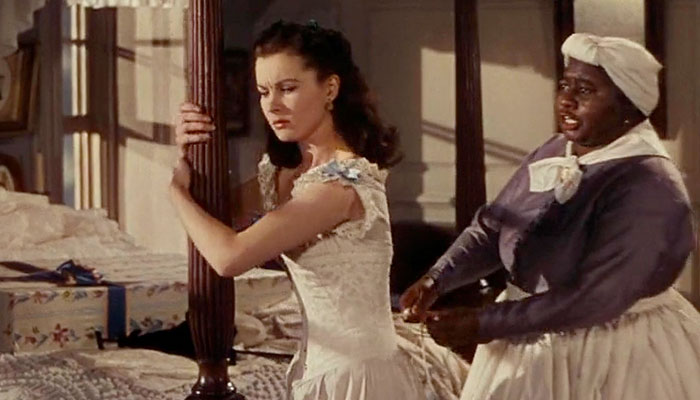 Be alert: Lambert says viewers are now being called upon to become media and cultural critics, to become literate in racial and sexual politics and history when watching TV, reading books, listening to music and watching movies like Gone With The Wind, pictured.

It’s a difficult conversation, but one we need to have, says Dr Anthony Lambert, Senior Lecturer in Cultural Studies and Media at Macquarie University.

Amid worldwide protests against police brutality and systemic racism following the killing by police of African American George Floyd, streaming services and television networks have been removing shows and movies for their racially insensitive content. Casualties include the UK comedies Little Britain and The Mighty Boosh, and four comedy series by Australian Chris Lilley, all pulled for featuring characters in blackface.

In the US, the long-running reality TV show Cops was cancelled after 33 seasons of what critics chastised as glorification of police and reinforcement of racial stereotypes.

And the classic Gone With The Wind has been temporarily removed from streaming service HBO Max for its racist depiction of black slaves.

Lambert says a knee-jerk response is to describe this reaction as political correctness gone too far – which may be true.

At the same time, however, he says there is a growing understanding that levels of violence, inequity and injustice are not the same for all of us.

“There are quite a few of us who can watch Little Britain and Gone With The Wind and have absolutely no problem with it, because we are not really being lampooned or dehumanised or animalised, or being positioned as less than someone else,” Lambert says.

He says people are also making a connection between violence that happens in the real world, and what we see on film and TV.

“Fictional media like films and TV give us a message about how the world is, or about how the world should be. Of course we are not all going to run out and slash people after we’ve seen a horror movie, but at the same time, the messages about who is more important are coded into those things.

“I think an awareness of that is important: if we only see black people as maids and criminals and drug addicts, as under the foot of white policemen – which is why they cancelled Cops – then that is a problem.”

A shift in the culture

The wave of reaction to the protests continues to roll through. The director of a short film awarded a prize at the Sydney Film Festival last week has apologised after critics blasted it for cultural appropriation.

Beyond film to food and cosmetics, food companies have announced they are ‘evolving’ the branding of product lines such as Uncle Ben’s that depict racial stereotypes, and Johnson & Johnson says it will stop producing the skin-whitening creams that it sells in Asia, the Middle East and India. 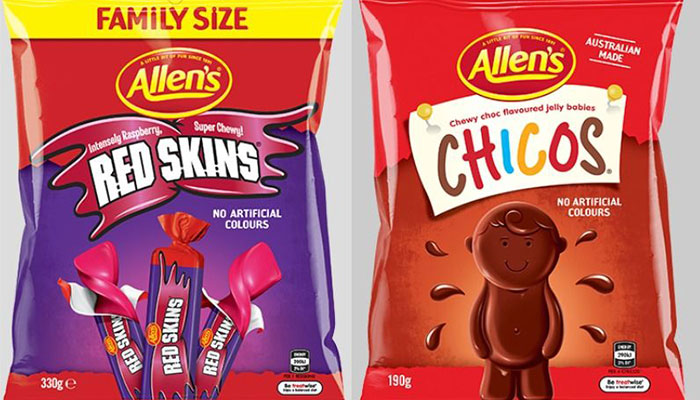 On the way out: Australian lollies Redskins and Chicos have been deemed racially insensitive and will be renamed by Allen's in the wake of the Black Lives Matter movement, which has drawn attention to examples of racism in everyday life.

All these events right now, Lambert says, cannot be seen in isolation. Rather, they belong with a range of shifts in culture and thinking – the Black Lives Matter, Me Too and Time’s Up movements “are all feeding in to what’s happening at the moment”.

“Now there is a wave of, how do we deal with this, and start to think responsibly around racial inequities and imbalances of power historically, and how they impact on the way we think and behave today,” Lambert says.

I don’t think it means we are going to end up erasing everything: I think it’s going to mean that we walk forward with a renewed awareness.

“So one way of doing that is to go back through the catalogue of representational images, including film and TV, radio and music, and start to think, what can we somehow remove, or selectively edit? And in doing so, what are we actually doing?

“What we get rid of is a complex question that should be dealt with in terms of its specifics. I don’t think anybody should be able to do whatever they want when it comes to representing other people’s cultures, and I don’t think anyone should be blatantly plastering images of black people and others being treated badly.”

Lambert points out that removing TV shows and movies doesn’t literally erase them, but lessens accessibility to them. “But it also draws our attention to them, so it is helping us to have a conversation. I don’t think it means we are going to end up erasing everything: I think it’s going to mean that we walk forward with a renewed awareness and sensibility towards what these issues are about.”

Everyone’s a critic – or should be

More and more people are asking Lambert whether it means they are racist if they have enjoyed laughing at the comedies being cancelled. Lambert believes such a rising consciousness of what we watch makes us all critics.

“What I think is happening is that the average person is really being called upon to become a media and cultural critic, to become literate in racial and sexual politics and in history as well ... it’s a lot of work for all of us to have to do at this point in time.

“For instance, we may have watched Gone with the Wind and never thought about the maid character very much; now the film is being taken off streaming services, because of its explicit racism in the way in which it frames black-white relations and treats black women in particular; the way in which it constructs race as this kind of otherness and deviance against whiteness as the norm.”

The spectre of censorship and doctoring history

Cancel culture, says Lambert, refers to the idea that by stopping, muting, cancelling or erasing someone or something, “we can somehow alleviate some of the pain, and redress some of the inequities, around certain things that have happened,” Lambert says. “It is becoming an important cultural tool of redress for people who have historically been treated in terrible ways.” Gone: comedian Chris Lilley's depiction of Tongan teenager Jonah has come under fire for its racial stereotyping and has been removed from ABC programming amid a wave of cancellations in the aftermath of George Floyd's death in the US.

A flip side is the question that in doing so, when does it become censorship? And are we doctoring history in a way that it becomes a “tabula rasa – ergo, we are somehow required to forget oppression, and forget the different kinds of cultural shifts we’ve been experiencing.” Forgetting those things, he says, means we also forget about how our culture has developed.

His own students of Australian film and TV are astounded at past representations of Australian culture – of racist language in sit-coms of the 1970s and 1980s, and of the treatment of indigenous people and the violent, drunken, masculine culture of early Australian cinema.

“There are films such as Caddie or They’re a Weird Mob which show how women could only go into the front bar of a pub if they were serving beer or mopping up vomit,” Lambert says.

“The idea behind cancelling some of this stuff is we don’t necessarily trust people to make judgements for themselves, so we get into a kind of censorship because we are really saying, you don’t have the intellectual or emotional capacity, or the sense of social justice, to understand and analyse what for example Chris Lilley as the Tongan boy Jonah – a troubled child we actually are rooting for and have an emotional investment in – is doing, so we are just going to wipe it for you because you’re going to buy into an undifferentiated version of a black other.”

Lambert says that culture has always evolved, and right now it may be doing so in a way that is kinder to people and their particular pain, born not only of contemporary violence and inequity, but of ingrained and institutional oppression.

“As a culture, even a global culture, we decide on ethical positions, those kinds of shared, tacit agreements we make among ourselves as to what constitutes right and wrong.

“And I think the majority of people are starting to switch on to the perspective that it’s not ok to show these kinds of images, when they feed into stuff that hurts people.”

Dr Anthony Lambert is a Senior Lecturer in the Department of Media, Music, Communication and Cultural Studies at Macquarie University Why the timing could not be worse as newspapers close across Australia
Communities around the nation enter a new era without a local newspaper at a time when the bush faces issues that affect us all, says Macquarie University Senior Lecturer in Media Dr Willa McDonald. Tips for teen years from a former police negotiator
Knowing what to say, and when and how to say it, can be a powerful tool in the self-help kit for parents navigating their way through the teenage years.