United by anger: Why Japanese people are against the Tokyo Olympics

After considerable delays caused by the COVID-19 pandemic, the Tokyo Olympics got off to an explosive start last Friday night. While Australian media was glued to the excitement brewing at the Olympic Stadium, some Japanese citizens were gathering in the streets of the city to vocally protest the event. Showcase: The Australian Olympic team at the Tokyo Opening Ceremony ... many around the world, including in Australia, are looking to the Olympics as a chance to celebrate.

In fact, their calls for the Olympics to be cancelled were even audible during the broadcast itself, with angry citizens seeking to disrupt the final fireworks display with their chants.

Viewers around the world have turned to the Tokyo Olympics as a space to celebrate the human spirit and fortitude in the face of multiple lockdowns and ongoing public health crises. The Games’ motto of “United by Emotion” has transformed for many into a rallying call for those exhausted by the seemingly never-ending nightmare that is COVID-19.

In Australia, where almost half of the population was lockdown due to the spread of the Delta variant during the Opening Ceremony broadcast, the media have certainly presented the games as a moment of hope for the future.

A belief emerged among many citizens that the Olympics represented a smokescreen designed to hide Japan’s social and economic woes from the rest of the world.

There has also been an understandable celebration of the diversity on display, including the organiser’s landmark decision to have biracial Japanese tennis superstar Naomi Osaka light the Olympic Cauldron.

So just why are Tokyoites so adamantly opposed to the Olympics when it seems to be showcasing so much that is good about contemporary humanity? Why is it that almost 80 per cent of Japanese surveyed last week called for the event to be cancelled?

Perceptions of corruption and COVID-19 fears

Ever since the awarding of the hosting rights back in 2012, there has been a vocal opposition to the Games in Japan. Over the past nine years, activists, public intellectuals and citizens alike have criticised the massive spending directed to the Games. Importantly, a strong perception emerged that the Japanese government was investing money into the Olympics that would be better spent on recovery from the 2011 Great East Japan Earthquake and Tsunami. Just as the postwar Japanese government utilised the 1964 Tokyo Olympics to showcase Japan’s recovery from the devastation wrought by World War 2, it appeared that the current government was likewise hoping to use the Games as a symbol of Japanese cultural strength in the aftermath of natural and nuclear disaster.

For prominent anti-nuclear activist critics such as Koide Hiroaki of Kyoto University Institute for Integrated Radiation and Nuclear Science Research, this kind of performative action was concerning since it was mostly outward facing.

That is, the Olympics were propaganda for foreign audiences and the government was not doing enough to support citizens on the ground. A belief emerged among many citizens that the Olympics represented a smokescreen designed to hide Japan’s social and economic woes from the rest of the world.

Other concerns related to perceptions of corruption within the Olympics movement itself, with the International Olympics Committee emerging as a particular target of Japanese ire. As the COVID-19 crisis intensified, a strong perception developed among Japanese people that their government was beholden to an unelected international sporting body who did not have their best interests at heart. Social concern: A protest march in Tokyo in the run-up to the Olympics.

Notably, activists such as Sudo Kimiko of anti-Olympics protest group Hangorin argued that the health and safety of the Japanese were being sacrificed by the government to appease the IOC and, importantly, media sponsors. Reports have suggested that the Tokyo Olympics may be the most profitable in history, even though there are no spectators at events.

As protesters such as Sudo have highlighted, none of this money will go into the pockets of Japanese citizens struggling financially during the pandemic, including the working poor and the homeless displaced by infrastructure work for the Games.

The biggest concern among the Japanese public remains COVID-19, with widespread alarm emerging as news stories of COVID transmission among foreign athletes in the Olympic Village are aired daily. There is a palpable fear that the Japanese government’s vaccination drive will be too little, too late. Many angry protesters argue that too heavy an emphasis had been placed on stopping spread before and during the Olympics and not enough attention has been given to the aftermath of the Games.

With Brisbane awarded the right to host the 2032 Olympic and Paralympic games, what lessons can be learnt from Japanese anti-Olympic protest? It will be crucial for the Australian organizers to ensure public support and confidence through careful attention to citizens’ voices and concerns. 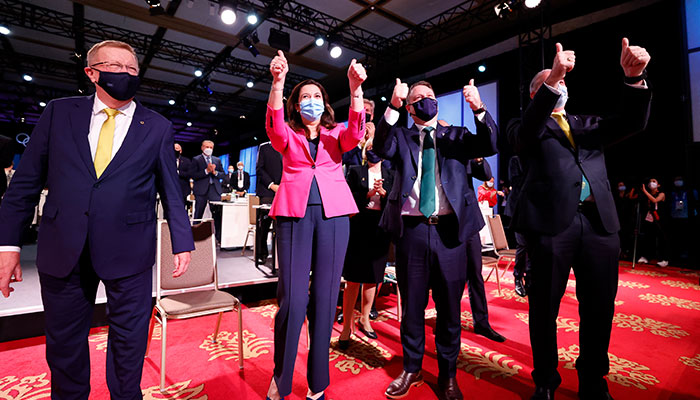 Work ahead: Members of the Brisbane 2032 delegation, including Queensland Premier Annastacia Palaszczuk, celebrate the city's selection as host city.

A recent op-ed from Tony Moore in The Brisbane Times highlights that organisers must work together with citizens to advance development catered directly to their needs, not the needs of the IOC or their respective political parties.

The 2032 Brisbane Games represents an opportunity for the world to celebrate all that is good about the Olympic spirit: joining together to overcome diversity, celebrating difference, and working towards a brighter and sustainable future.

The anti-Olympic movement in Tokyo reveals just what can happen when this message has been lost due to inept public health management and the spectre of corruption.

Dr Thomas Baudinette is a Lecturer in Japanese Studies in the Department of Media, Communications, Creative Arts, Language and Literature 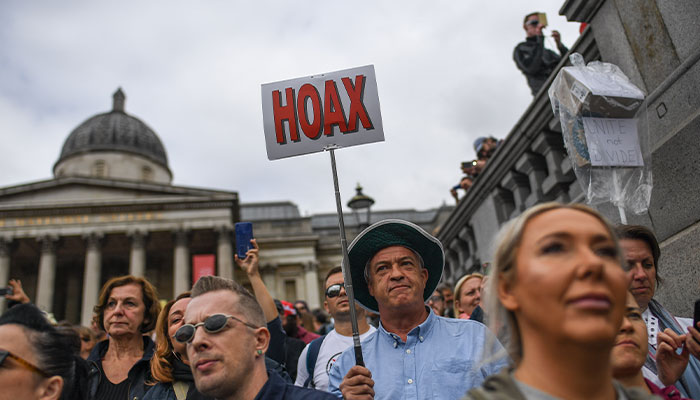 One in five people believe fake news about COVID-19: new study
The pandemic is a crisis of trust, says Macquarie University philosopher Dr Mark Alfano, who studied why many people accept medical misinformation about the virus and, alarmingly, are indifferent to evidence disproving it. 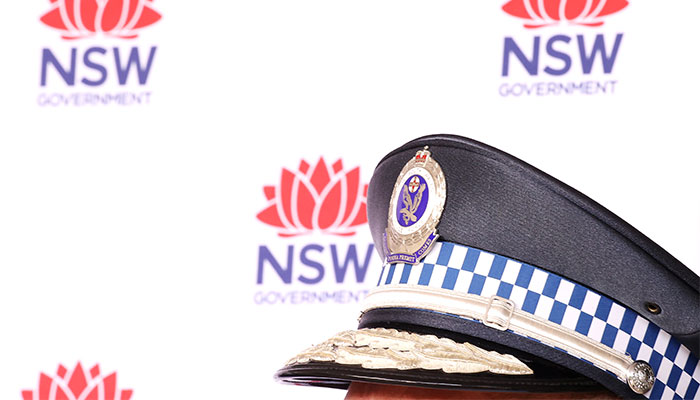 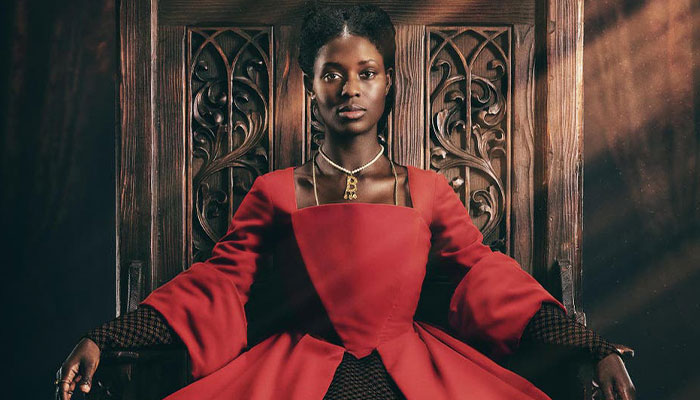