Please explain: Who, or what, are antifa?

As protests erupted across America in the wake of George Floyd’s death, US President Donald Trump sought to lay blame on the shadowy antifa movement. But what exactly is antifa? Macquarie University Higher Degree Research student Sarah Holmes explains.

Not for the first time, US President Donald Trump declared his intent to brand antifa a domestic terrorist organisation as Black Lives Matter protests gripped the US this month. 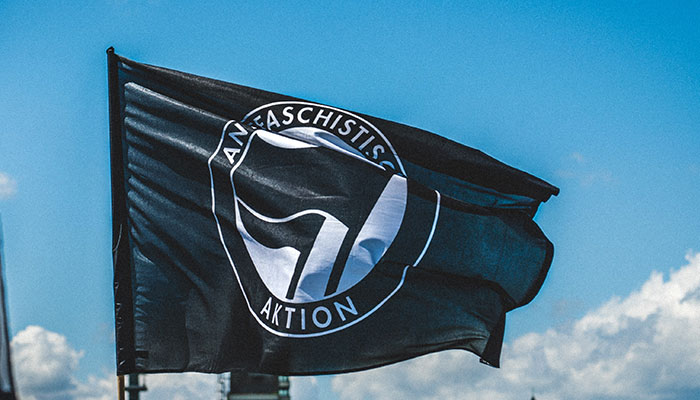 But antifa does not fit our traditional idea of a violent group or a terrorist organisation, because it isn’t one.

Short for anti-fascist, antifa is a transnational movement of non-sectarian people who want to oppose fascism through direct action, and is a term applied very broadly to anyone who is against fascists or fascism.

Fascism as antifa defines it can include referencing to Adolf Hitler and Nazis, white supremacists, the far right and any of the contemporary groups that are active in the alt-right scene. It can also include the police, the government and capitalism – that is, any of the actors that are seen as contributing to enabling fascism.

The term ‘antifa’ is relatively new, originating in Germany in the late 1980s, but militant anti-fascism dates back to before World War II.

The militant approach today is only one aspect of antifa, which is a big umbrella for different approaches to opposing fascism. And it has been re-emerging around the world in response to the resurgence of the far right.

There is no central organisation that co-ordinates antifa as a whole, and it is non-hierarchical; there are no leaders.

Antifa is an identity, belief or label that can mean different things to different people. People can choose how they want to identify as antifa and what they want to do.

This nebulous, unorganised nature does make it hard for people to put a label on it. Even describing antifa as a movement doesn’t capture the nuances and the differences that occur in different countries, and the different groups and left-wing ideologies it involves.

It is not mandated by antifa that violence must be involved, so Trump referring to them as domestic terrorists and violent extremists is not reflective of what antifa actually is, and mislabels it.

Antifa is an identity, belief or label that can mean different things to different people. People can choose how they want to identify as antifa and what they want to do. They can choose to oppose fascists through peaceful protest, or by organising mutual aid projects in their communities, all the way through to some people who choose to confront fascists in the street and get involved in violent or physical confrontation.

The working title of my PhD is “What are antifa? Are they an extremist network, a social movement, a brand? What are their global narratives and their local grievances?” Among the local issues in Australia, a strong one is minority rights, and immigrant and refugee rights.

One of antifa’s approaches is also building awareness and engagement and a strong mobilised community base that is willing and able to go out and oppose fascism, or whatever manifestation it will happen in.

In references to World War II, you will often hear the quote from Martin Luther King Jnr that everything Hitler did in Germany was legal, and so the antifa idea is to stop those people before they get into power, or stop things before they happen, through a strong, grassroots community.

One of the antifa arguments is that really, everyone should be anti-fascist and identifying as anti-fascist. It is just that some people act on that identity in a different way, and people have that choice about how they will express their anti-fascism.

A fundamental principle of antifa is direct action that can involve physical confrontation. Because fascism is described as an inherently violent ideology in its seeking to get rid of minorities as one example, anti-fascists who want to adopt that approach will describe it as a self-defence against that inherent violence.

It is one of the tensions that exist between militant antifa and liberal anti-fascists, because the liberal approach does not want to use violence, which is one of the nuances I want to explore and understand further. 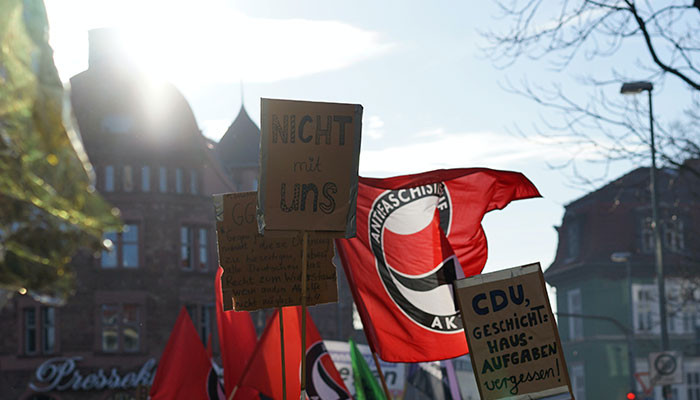 The militant anti-fascists challenge society and its institutions as we know them.  They refuse to have any engagement with the police or the government because they see those as systems enabling fascism.

The liberal approach to anti-fascism is reformist in that they will work with the government and police for change.

Sarah Holmes is undertaking her PhD - titled 'What are antifa? Are they an extremist network, a social movement, a brand? What are their global narratives and their local grievances? - in Macquarie’s Department of Security Studies and Criminology. The 2010s: How rising inequality defined 10 years that shook the world
Macquarie University experts look back on the big events of the last 10 years in the economy, health and medicine, the environment and politics and predict what the 2020s might bring.