The yuck factor: turning disgust to our advantage

We’ve all touched something squishy and assumed the worst. But can we translate this feeling of revulsion into better public health messaging? New Macquarie research suggests we can.

As much as it might turn us off, that familiar feeling of disgust has a strong protective role, as something that tastes, smells or feels unpleasant could also be harmful to our health if we were to ingest it or breathe it in. Green scream:  A wet or sticky object is synonymous with contamination, the researchers say.

While we’re all familiar with avoiding things that taste or smell revolting, it’s important to remember that how an object feels also has a big influence on how we feel about it.

Just as making contact with something fluffy or silky is likely to be pleasing, a wet or sticky object is synonymous with contamination, resulting in a sensation known as tactile disgust.

A soft or wet texture might signal that we’ve touched organic matter or something decaying, while objects that are sticky or oily leave behind residues that are hard to remove and therefore more likely to accidentally find its way into our bodies.

If I put a cockroach in your cup and then washed it, you may still not want to drink out of that cup.

Supreet Saluja from Macquarie University’s School of Psychological Sciences says we tend to view something that has only come into brief contact with a disgusting object as being contaminated afterwards – even after cleaning the contacted object.

“If I put a cockroach in your cup and then washed it, you may still not want to drink out of that cup,” she says.

“It’s the same when you touch something unpleasant. We continue to experience that tactile disgust even when we’re no longer in contact with a contaminant. We can wash our hands, but they may still feel unclean just by association.”

The three points of tactile disgust

Tactile disgust in general has not been well studied, and at the point at which the feeling is strongest even less so, but Saluja says it is important to understanding disgust, contamination, and reactions such as hand washing. 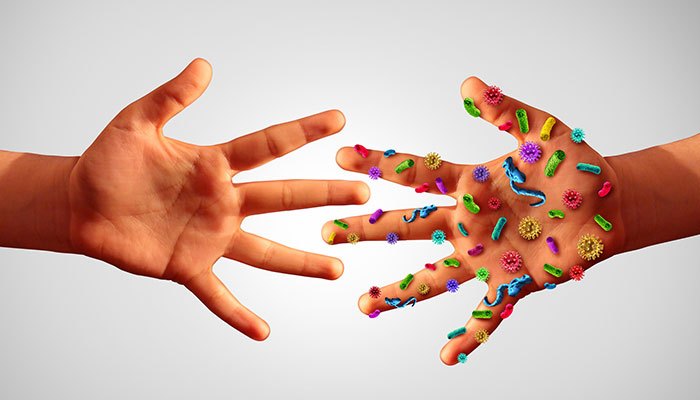 Dirty truth: Messages encouraging people to wash their hands could be more effective if germs are shown as something visible, the research suggests.

We feel this form of disgust at three points: on contact with the questionable object, then again when we feel the residue on our hand, and later when we look at our hand to see what’s still stuck to it.

To test the question of when the feeling is strongest, Saluja and her PhD supervisor Professor Richard Stevenson conducted a study where participants were asked to touch 15 objects behind a screen. The participants wore nose plugs to prevent them being influenced by smell, or lack of it.

The objects were soft, medium or hard balls of dough, that were either unadulterated or covered in oil, molasses, water or cocoa to change the texture of the dough and/or the appearance of the residue. Cocoa was used on the premise that it would not affect the texture, but it would make any residue highly visible.

Feelings of disgust were still there independently of that fear of contagion.

At each stage, participants were asked to rate how soft, wet and sticky the object/ substance was, how pleasant it was to touch, what they thought they were touching, how sick they thought it would make them, and how much they wanted to wash their hands.

“We’ve shown in our previous research that soft, wet, sticky and oily textures are enough on their own to cause disgust, even if we don’t think that whatever we’ve touched will make us sick,” Saluja says.

“In this study, everyone correctly guessed what they were touching would not actually cause illness, but those feelings of disgust were still there independently of that fear of contagion – suggesting sticky and wet textures may be hardwired or unconditioned disgusts.”

Sticky and wet textures were most strongly related to disgust while touching the dough balls, but only stickiness caused feelings of disgust immediately after contact, and only wetness when the subjects were looking at how much residue was on their hands. Both of these textures also increased the subjects’ desire to wash their hands.

The study’s findings could be vital during future epidemics or pandemics if the disease is one that can be spread by touch, and public health authorities need to encourage regular handwashing.

The researchers suggest it would be more effective to show germs as something visible on a person’s hands – and the stickier and slimier they appear, the better.

This handwashing message is not only important for the wider community, but for healthcare workers too.

“Previous research has found healthcare workers tend to overestimate how clean their hands are,” Saluja says.

“They have to wash their hands so often that it’s easy to forget sometimes. Wearing gloves can also give us a false sense of security, so we actually wash our hands less than we would if we weren’t wearing gloves.

“In this paper, we recommend that surgical gloves should have some sort of coloured powder on the inside so that when you remove them, it reminds you to wash your hands because you want to get rid of the powder.” 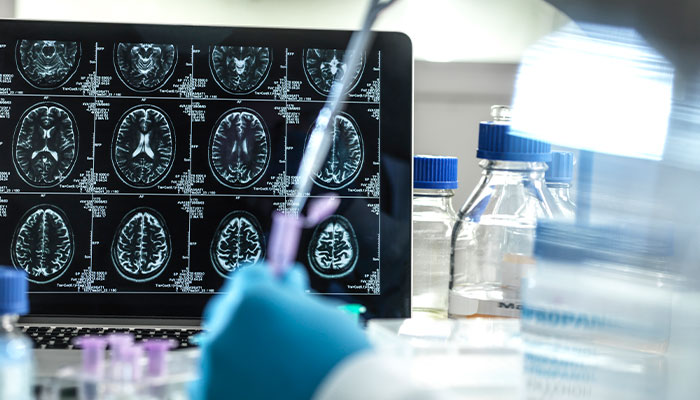 From Black Death to COVID: Australia's unlearnt lessons
Just 120 years ago, the Black Death jumped ship at Darling Harbour, and the response was eerily familiar. In a new book, Macquarie University infectious diseases expert, Emeritus Professor Peter Curson, looks at what we can learn from the outbreak.