The man behind the Tuscan splendour tourists come to see

On the anniversary of his birth 500 years ago, due recognition of art patron Cosimo I de’Medici is long overdue - and the Art Gallery of NSW has drawn on Macquarie University expertise to mark the occassionthis month.

The millions of tourists who visit Florence each year don’t realise the debt they owe to Cosimo I de’Medici for the Renaissance splendour they come to see. Florentine grandeur: the Palazzo Pitti, now a museum, and the adjacent formal Boboli Gardens are home to sculptures dating to the 16th century and are the largest green space in the city, attracting millions of visitors each year.

Born 500 years ago on June 12, he was an accidental ruler. A cousin of the dominant, ruling line of the family, he was unexpectedly elected duke of Florence following the assassination of Alessandro de’ Medici in January 1537.

The Medici family and the city of Florence are intimately connected, in both scholarship and popular imagination. Their distinctive coat-of-arms (six red balls on gold) still adorns many buildings in the Tuscan city.

The memory of the 15th century as a cultural golden age under their guidance defines the idea of the Renaissance in Italy in many ways. The 500th anniversary of the death of Lorenzo the Magnificent in 1992 witnessed an outpouring of public commemoration from scholars and the wider public: publications, celebration and a large exhibition at the Uffizi Gallery.

Cosimo I’s most enduring legacy, however, is artistic and architectural rather than political.

The 500th anniversary of the birth of Cosimo I de’ Medici, first grand duke of Tuscany, in 2019, by contrast, has met with a muted response. Cosimo is the Renaissance ruler Florence prefers to forget. Art lover: Cosimo I, together with his wife Eleonora, commissioned some of the most loved tourists attractions in Florence - this portrait, Bronzino's Portrait of Cosimo I in Armour, hangs in the NSW Art Gallery.

Cosimo I, however, had a much greater impact on the city of Florence that millions of tourists visit and see today than any of his better-known 15th-century forebears.

Following his election as duke, he proved himself an agile and capable ruler: preserving Florence’s independence in a period of war and upheaval and creating a state close to the extent of modern-day Tuscany. Delicate diplomatic maneuvering (and political brinkmanship) saw him receive the title of grand duke of Tuscany in 1564.

Cosimo I’s most enduring legacy, however, is artistic and architectural rather than political. Together with his wife, Eleonora de Toledo, a member of the powerful Spanish Álvarez family, he made Florence a hub for cultural endeavors.

The Palazzo Pitti, the Uffizi, the Boboli Garden – today they constitute some of the best-known art galleries in the world

Several of the most prominent artists of the mid-16th century worked for the ducal couple including the sculptors Baccio Bandinelli and Benvenuto Cellini, the painters Francesco Salviati and Giorgio Vasari, who decorated the Palazzo Vecchio, and Agnolo Brozino who produced a series of luminous, vivid portraits of the ducal family, including one of the duke in armour housed today at the Art Gallery of NSW.

The building known as the Uffizi

Cosimo commissioned Vasari to design and build an office complex to house his bureaucracy, on the banks of the river Arno, adjacent to the Palazzo Vecchio, the duke’s principal residence. The building is still known today as the Uffizi (the Offices) after its initial function. Two million tourists: the Uffizi Gallery is the heart of Florence is ranked 25th on the list of most visited museums in the world. An exhibition marking the 500th birthday of Cosimo I is on now.

Eleonora purchased and with her husband substantially expanded the Palazzo Pitti on the left bank of the river Arno. To the rear of the palace complex, they had an elaborate, formal garden created—the Boboli Garden.

In 1565, an elevated, passageway was built, stretching between the Palazzo Pitti and the Palazzo Vecchio, crossing the river and connecting via the Uffizi. It enabled the ducal family and their servants to travel anonymously and safely between the major buildings of the court, above the streets and out of sight.

The Palazzo Pitti, the Uffizi, the Boboli Garden – today they constitute some of the best-known art galleries in the world, housing the collection bequeathed to the city by Anna Maria de’ Medici, Cosimo I’s last surviving direct descendant, in 1737. Lavish: Located behind the Palazzo Pitti ducal home of the Medicis, the 111-acre Boboli Gardens are famous for their grottos, fountains, temples, statues and wide gravel avenues almost 470 years after their construction began.

The millions of tourists who visit these spaces each year do so largely without recognising the debt they owe to Cosimo I de’ Medici, the ruler Florence prefers to forget.

A symposium at the Art Gallery of NSW about Bronzino's Portrait of Cosimo I in Armour will take place on August 31. Click here for details.

Dr Nicholas Baker is a senior lecturer in Macquarie's Department of Modern History, Politics and International Relations. He is an organiser of an August 31 symposium at the Art Gallery of NSW about Bronzino's Portrait of Cosimo I in Armour. 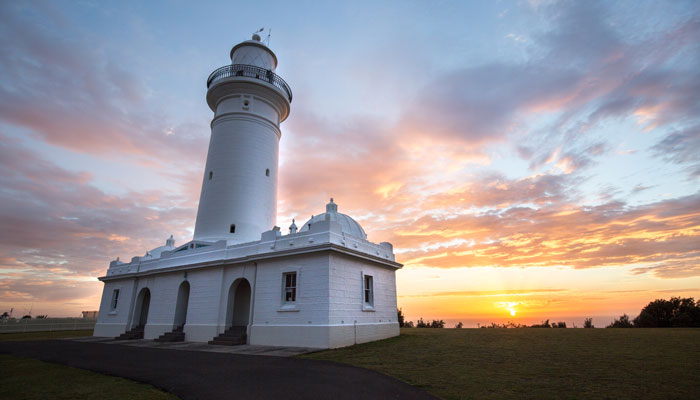