Death metal music and violence do not go hand-in-hand: study

Many people worry that long term exposure to violent lyrics could lead them to commit violent acts, but Macquarie University research suggests such fears may be unfounded.

Death metal fans often listen to music with lyrics like these for several hours a day, and many concerned citizens’ groups, censorship boards and religious leaders worry that long term exposure to this music could lead them to commit violent acts. 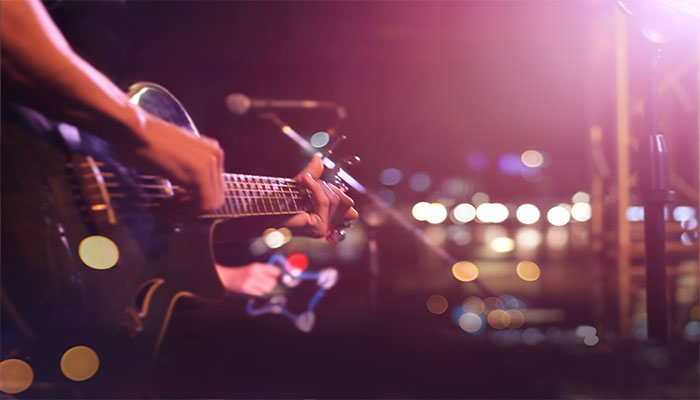 But the most recent research shows that long-term exposure to violent death metal music does not generally desensitise its fans to violence, as many people have assumed. Macquarie University researchers Dr Yanan Sun, Dr Xuejing Lu and Professor Bill Thompson from the the Department of Psychology's Music, Sound and Performance Lab and Professor Mark Williams from the Department of Cognitive Sciences published their study in the Royal Society’s Open Science journal in March.

What the research reveals is that death metal fans cannot be stereotyped as violent, Thompson says. “You might not approve of the violent lyrics in death metal music, but we found the fans of this music are just as empathetic to victims of violence as non-fans.”

This work is part of a larger project on violence in music, funded by the Australian Research Council and involving researchers from Australia, Canada, Norway, the US and China.

The researchers first recruited 32 fans of violent death metal music and 48 non-fans, and invited them into their lab. They showed the fans and non-fans violent and neutral photographs, one to each eye simultaneously, while they listened to Eaten,  by death metal band Bloodbath and also Happy by Pharrell Williams.

Death metal fans can extract quite a complex range of very positive emotions for the music and the effects are often therapeutic for them.

Thompson explains how this ‘binocular rivalry” technique works: “The brain doesn't tend to blend the two images shown simultaneously to the two eyes. You don't see a kind of hybrid of the two images. Instead, the brain usually alternates between the two, so you'll see one, then the other, and then back to the first one. It happens at a subcortical level, unconsciously and automatically, so you can’t control it.”

The researchers recorded and analysed the binocular rivalry results in both fans and non-fans. “We found an identical amount of negativity bias for the fans and non-fans, and these images were definitely very violent, graphic photos.”

Thompson points out that more research is needed to understand the possible therapeutic effect of death metal music for some fans. “On the surface the music has extremely aggressive musical sounds with growling and screaming and objectively violent depictions in the lyrics,” he says.

“It’s impressive that fans can extract quite a complex range of very positive emotions from the music and the effects are often therapeutic for them. It promotes well being and other psycho-social benefits.” Anecdotally, Thompson also knows music therapists who routinely use death metal with troubled teens who enjoy the music. Although Thompson is not a self-declared fan of the music, he understands its appeal. “Non-fans often report that death metal music sounds like a wall of screaming, and they often feel attacked by the sounds, but fans can hear a lot more, and death metal music is quite unconventional in its structure,” says Thompson, who has a background as a composer.

“Death metal music cannot be dismissed. Many death metal songs extend the conventions of songwriting in interesting ways, and the musicians themselves are typically elite performers.”

Scholarships are available for Higher Degree Research candidates interested in working with Professor Bill Thompson on the role of music in social cohesion and wellbeing. Applications close 31 January 2021.