It's official: being kind makes you happy and healthy

Money might not buy you happiness but volunteering does - in spades, a Macquarie economics study has discovered.

The act of volunteering makes people happy, and the more unhappy they are to start with, the bigger the boost to their feelings of wellbeing when they put their hand up to help in their communities, a study has found. Professor Lisa Magnani, head of Macquarie’s Department of Economics and co-author of the study, says the reason for the uptick in happiness comes from the frequent socialisation, and the feeling of being part of both a community generally and a neighhourhood in particular, that volunteering brings.

Her paper, Does kindness lead to happiness? Voluntary activities and subjective well-being, a collaboration with Rong Zhu of Flinders University’s College of Business, Government and Law, is published in the December issue of the Journal of Behavioral and Experimental Economics.

Volunteers healthier, and more likely to be women

Magnani hopes the findings will help policymakers to boost the ranks of volunteers in Australia, which fell from 36 per cent of the adult population to 31 per cent between 2010 and 2014.

“The question we address in the paper is whether volunteering as a way to connect with people, as a way to participate in society in a non-monetary-awarded way, can really affect the way you perceive yourself - a subjective measure of wellbeing - but also whether your objective measures of wellbeing, including mental health, can actually benefit from this kind of activity,” Magnani explains.

The study mined the rich data from HILDA, the Household Income and Labour Dynamics in Australia survey. One of the country’s biggest longitudinal surveys, it has been collecting information on 17,500 families in 9500 households since 2001, including data on their overall life satisfaction and mental health. Helpers: volunteers are more likely to be female, Professor Magnani found in her study, which will be published in December.

Magnani found from the data that volunteers, compared with non-volunteers, are older and more likely to be female, are better educated with bigger families, earn higher household income, and are less likely to live in major Australian cities. As well as having better self-assessed health, they are less likely to have a long-term health condition.

Using advanced econometric techniques to standardise the HILDA data, Magnani was able to control for the many differences between individuals (some of us are pessimists, after all, while others are naturally more joyful), and therefore isolate the effect of volunteering on people’s subjective wellbeing.

The results were unequivocal: volunteering has a clear and positive impact on how well people feel, particularly among those who are unhappy.

“Our result supports the idea that volunteering has a sizeable impact on wellbeing; it’s able to offset the unhappiness caused by unemployment, for example, in the factor of 20 to 50 per cent - If you become unemployed, your measure of happiness goes from 10 to 5, and up to one half of that loss can be recouped by volunteering work.

As well, the study found volunteering could offset 16 to 30 per cent of wellbeing losses from having a long-term health condition.

However, the impact on wellbeing will be gone after a year if people haven’t sustained their volunteering, so “it allows you to experience something if you do it, rather than if you simply remember that you have done it in the past”, Magnani says.

So why is this important to an economist?

Magnani says the results are important from an economic point of view for several reasons.

One of those is the federal government’s national volunteering strategy, which seeks to increase the number of Australians who volunteer as, in the face of budget cuts and restructuring, it is often through volunteering that schools, hospitals, governments and non-government institutions can keep delivering the high-quality services Australians expect.

The paper sheds light on what aspects of volunteering – most notably, the social connection - make it most attractive for people, and concludes that policymakers can publicise the positive impacts on wellbeing to encourage volunteering, as well as design policies that make sure volunteering activities maintain the social aspects that make people happy. Happy: Volunteering in the community is a way of compensating for jobs that lack social connections, says Magnani.

Also, for economists like Magnani who believe that measures of economic performance should involve more than income, the findings show clearly that wellbeing generally is tied to people feeling connected with each other.

“We strive to devote ourselves to socially relevant research topics,” she says of Macquarie’s economics department.

“Happiness is part of what we care about. Income is one thing but the other thing is happiness and satisfaction and subjective wellbeing, and income doesn’t buy it all.

“I’m not saying we shouldn’t focus attention on economic outcomes, all I’m saying is that the status and performance of the economy needs to be measured on ends we attribute value to - wellbeing, for example - as well as income.”

Magnani says the study illuminates how volunteering can be part of how people participate in society when full-time ‘jobs for life’ have been disappearing over the past 40 to 50 years, to be replaced by more precarious and non-traditional employment. It can also, she says, bring attention to how the labour market might be organised to better connect people.

“Jobs can fall short on the quality side, in that there is not the social dimension: we aren’t connected to each other; we are in front of a computer all day; we feel precarious and extremely isolated – and  isolation is one of the main drivers to depression and anxiety and poor mental health - so sometimes volunteering may compensate,” Magnani says.

“That is not to detract attention away from the right to ask the politicians and the economists to design jobs that fit our desire for quality jobs; what the study really underlines is that the aspects that make us happy through volunteering are the socialisation and the connection.”

Professor Lisa Magnani is the Head of the Department of Economics in the Macquarie Business School. 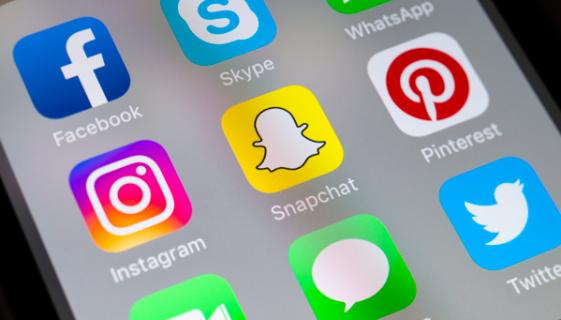