A Halloween event in Sydney has helped researchers discover that children remember different details of an event in its aftermath depending on who they are talking to.

What does crawling through a giant spider web or running a gauntlet of blood-sucking vampires have to tell us about how memories are developed? It turns out it can tell us a lot about the best way to help children to recall rich, detailed memories as they age.

A group of researchers, led by Penny Van Bergen of the Centre for Children's Learning in a Social World at the Department of Educational Studies, used the Halloween Spooks in the Park event at Sydney’s Centennial Parklands to test how well children recalled an event.

And, more specifically, who they ‘remembered better’ with; parents or siblings.

Our early memories can be influenced or coached by parents. There is evidence that they can shape the way children remember.

They discovered the key to developing detailed memories from childhood may come down to two factors: who a child is talking to in the aftermath of an event and whether that conversation involved the child answering questions.

In the study of 24 children, Dr Van Bergen found that parents, with their tendency to encourage dialogue by using ‘why, what and where’ questions - known as a child-centred approach -  enable children to remember more elaborate details of a past event, thus providing them with the opportunity for abundant childhood memories as they age.

By contrast, when older siblings converse with their younger brothers or sisters they use a collaborative approach; fewer questions are asked, and there is a tendency in the older child to issue or direct information rather than encourage dialogue, making the younger child’s memories less well formed.

Questions vs collaboration: Van Bergen found that children recalled details of an event differently depending on whether they were talking to parents or siblings.

“The implications are that children remember different amounts of information depending on who their conversational partner is,” says Dr Van Bergen.

“And that our early memories can be influenced or coached by parents. There is evidence that they can shape the way children remember,” she says.

The study involved 12 families of four, with children aged between three and 10, each of whom attended the Halloween event called Spooks in the Park. The event involved the families visiting eight themed stations such as ‘Splat the bat’ and ‘Vampire run’ dotted throughout an orienteering trail.

Three weeks later  conversations about the stations, between different conversational partners, were analysed. An example of a conversation with an older sibling was: [Sibling] He helped us cross the road.

[Child] Oh yeah, it was you had to throw a hula hoop.

By contrast, a parent recalling the same event with a child was: [Mother] Were you feeling scared at all? [Child] [non-verbal response]. [Mother] No? You were rushing to get into the maze, not scared at all! Very excited to play. [Child] Yeah, because it’s a maze.

With further study, this information may help inform teachers working with mixed-age or mixed-ability groups, says Dr Van Bergen. “And in criminal contexts it contributes to a growing body of work showing that children may remember different amounts of information about an event with different conversational partners.”

Penny Van Bergen is an Associate Professor in Educational Psychology in the Department of Educational Studies.

She is also Associate Dean of Learning and Teaching in the Faculty of Human Sciences and Director of the Centre for Children's Learning in a Social World. Home learning shock: what happened to the good old days?
As Australian children begin a new school term at home, parents are about to discover learning is about more than chanting times tables and reciting grammar rules. 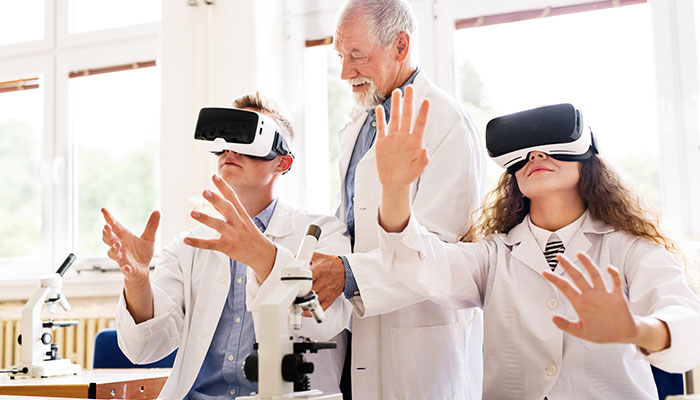 Lockdown learning: online innovation keeps Gen Z focussed
Today’s undergraduates have a very different mindset from their Millennial and Gen X predecessors, and the outbreak of COVID-19 just means some universities already have an edge when it comes to new teaching techniques.