Cannabis as painkiller: facts versus the fiction

As legal attitudes towards cannabis change, what do we know about its medicinal properties? A Macquarie University expert is keen to set the record straight.

Can components within cannabis lead to better treatments for pain, conditions such as atherosclerosis, and how the body responds to allergic reactions?

Macquarie University researcher Michael Udoh is determined to find out. 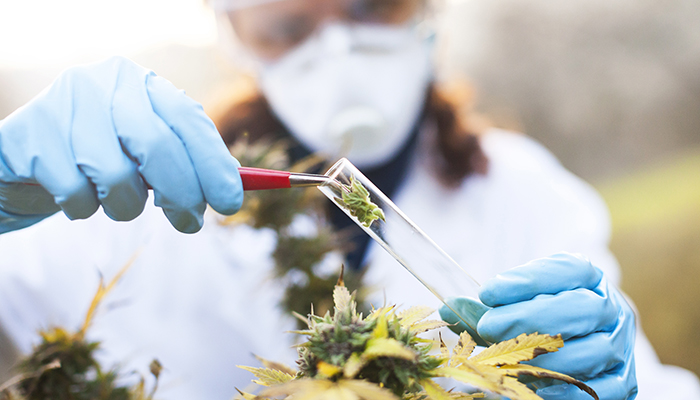 Wishful thinking? There is an increasing risk of misinformation about medicinal cannabis.

Mr Udoh is a pharmacist, and PhD candidate in molecular pharmacology working in the lab of Professor Mark Connor. He says that as attitudes towards cannabis change, and laws are being updated, the scientific case for cannabis needs to be made.

“While we’re trying to explore the benefits of cannabis, there’s also an increasing risk of misinformation about the potential, the clinical use, the adverse effects, and the consequence of misuse of cannabis,” says Udoh.

“We have also seen a proliferation of products with cannabis components, making claims about their efficacy. Are these claims clinically proven? Or are they just based on wishful thought?”

Udoh led a discussion on the facts and fiction surrounding medicinal cannabis during a public lecture, The Other Side of Cannabis, held as part of National Science Week.

There’s also an increasing risk of misinformation about the potential, the clinical use, the adverse effects, and the consequence of misuse of cannabis.

Cannabis contains more than a hundred distinctive compounds known as phytocannabinoids, but the two most abundant components – THC and CBD – usually dominate the discussion.

THC (Tetrahydrocannabinol) is famous for being psychoactive, while CBD (Cannabidiol) is not.

Spread throughout the body are cannabinoid receptors, usually categorised as CB1 and CB2. While CB1 receptors are responsible for facilitating psychoactive effects, CB2 receptors have been shown to play a key role in anti-inflammatory activities. 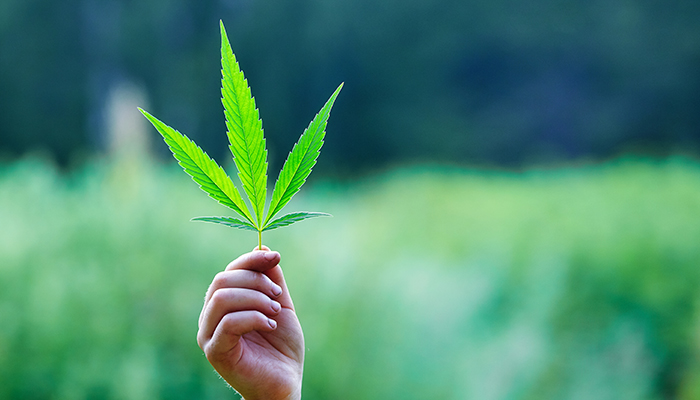 Udoh’s work focuses on lesser-known phytocannabinoids that appear in much smaller quantities, such as CBC (Cannabichromene).

Exciting new research by Udoh and his colleagues has recently been accepted for publication in The British Journal of Pharmacology. Their paper shows that, at a molecular level, CBC stimulates the CB2 but not CB1 receptors. Therefore, it has promising anti-inflammatory properties, without concern for stimulating psychoactivity.

To further test this hypothesis, Udoh is collaborating with Macquarie University colleagues to observe the anti-inflammatory response of zebrafish exposed to CBC.

Still much work to be done

When a scientist examines cannabis compounds at the molecular level, what do they see?

“The truth about cannabis is that its formulation is quite unique. Take CBD for example. If CBD were designed in the lab and didn’t occur naturally, it would probably not make it to the clinical stage,” says Udoh.

“It is very lipophilic [tending to dissolve in fats], and relatively insoluble otherwise, which would ordinarily be problematic. More so, looking at its biological characteristics, one would predict that it would have lots of unintended effects. But in reality we can see that CBD is quite tolerated. It confounds some drug discovery processes.”

Udoh says it is fascinating to observe how certain phytocannabinoids acted when they were mixed in the lab at certain ratios not found in nature.

For example, one study has shown that when THC and CBC are combined and administered to mice, there was an increase in analgesic effect than when either of the components were administered alone. There is still much work to be done before such studies could be extrapolated to humans, however.

There’s still a lot more that we need to find out clinically if CBD is to be used to treat all types of epilepsy.

A pharmacist by training, Udoh admits that his own research journey was partly initiated by misinformation.

“I’ve always had a passion for drug discovery. When I took the opportunity to research cannabis, I discovered that I had previously been misinformed on certain aspects, and its medical potential.”

Udoh says anecdotal evidence about how CBD could help treat seizures is important, but needed to be qualified.

“While we cannot discount individual experiences, these are not controlled studies. We are not certain of the doses. We’re not certain of the conditions, and we also have to be careful about the placebo effect. There’s still a lot more that we need to find out clinically if CBD is to be used to treat all types of epilepsy.”

While possession of cannabis remains illegal in most Australian states and territories, the Therapeutic Goods Administration allows medical professionals and patients to access medicinal cannabis products under certain circumstances.