It’s cold, it’s windy, it’s wet. And we’d all rather still be tucked up in bed this morning than doing the commute through the storm. But today's wild conditions are no surprise to climate scientists - this first week of winter is traditionally a time for big weather, says Dr Browning. Let’s start with the wind – why?

“Basically, wind that we feel is air moving from an area of high pressure to an area of low pressure,”  Dr Browning says.

“Think about when you’re blowing up a balloon, you’re pumping a lot of air into that balloon so the pressure inside is higher than the pressure outside that balloon. And if you pop it, the air from that balloon rushes out very quickly to an area of lower pressure.

"And that’s exactly what happens in the atmosphere. All this wind that we’re experiencing today is air rushing from an area of high pressure to an area of low pressure.”

Though the planet doesn’t have the containment that a balloon does, the atmosphere has areas of high pressure and low pressure, says Browning. Meaning the wind is still going to move between these areas, just at a generally less explosive pace than a popped balloon. But what causes the difference in pressure? Essentially, temperature, he explains. The heating and cooling of air. Hot air expands and generally has lower pressure while cold air contracts and has higher pressure.

Save the date - storms in June

“Generally it’s in the last week of May and the first week of June that we get these big storms,” explains Dr Browning. “It’s actually a really special time of the year. The water is warm and the land is really cold. We have cold air over the land, so what drives these storms is the difference in the temperature between the water and the land."

"It’s cold on the land, and also really cold right up in the atmosphere. If you go five kilometres up there’s a really cold parcel of air coming in. As the high pressure system extends and expands over the land mass that is Australia, it starts to extend over the ocean, dragging in more of the warmer air. When it starts to drag in the warmer air that collides with the colder air – that’s when the storm explodes," says Browning.

The storms at this time of year are dubbed East Coast Lows, and are actually a “hybrid’ storm system unique to Australia.

“We only really see storms similar to this in the North Atlantic and they impact the East Coast of the USA,” explains Browning. “A lot of our research points to the fact that the Tasman sea is perfectly set up for these storms to exist, which is why we get more of these types of storms that anywhere else in the southern hemisphere.”

Though we may be battling wet shoes, blown out umbrellas and some rainy day blues, Browning urges us to enjoy winter storms.

“They provide about a third of the inflow into Sydney catchment, so these storms can be the difference between Sydney running out of water or maintaining an effective level of water in the dams which Sydney really needs at the moment.”

Dr Stuart Browning is a lecturer in climate science in the Department of Environmental Sciences and former meteorologist at the Weather Channel. 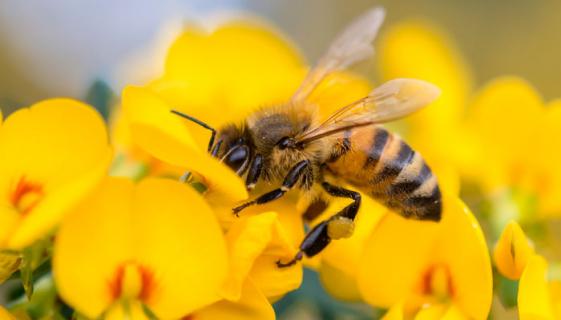 'Bees with backpacks' study crucial in fight to protect fresh food supply
Australia’s Honey Bee population has taken a blow over the past 12 months with drought and fires resulting in a 70 per-cent drop in honey production - but Macquarie researchers hope their innovative new project will help solve the crisis.