Can you fix a family rift?

When Harry and Meghan revealed to Oprah Winfrey the emotional details of their break with the royal family, they were telling a tale as old as time, says Macquarie University Professor of Social Psychology, Julie Fitness.

The world may be transfixed by the royal schism, but family rifts happen all around us and with increasing frequency, research shows. And, global spotlight and political implications aside, they are no different from the Windsor drama laid excruciatingly bare by the Duke and Duchess of Sussex. 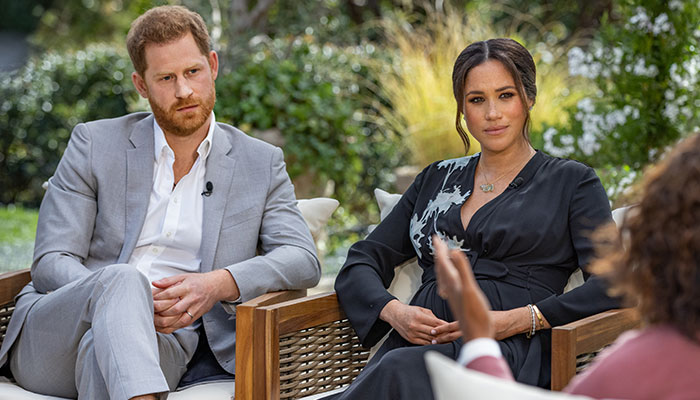 Revelations: The Duke and Duchess of Sussex in their interview with Oprah Winfrey  ... every family has rules which are often unspoken, says Professor Fitness.

“Perceived betrayal, bringing an outsider into the family, sibling competition, breaking the rules and being frozen out – they are all potential triggers of a family rift,” says Macquarie University Professor Julie Fitness, a specialist in close relationships and evolutionary psychology.

“It is even more complicated for Harry and Meghan and the rest of the royal family with the eyes of the world watching and judging.”

Fitness says that every family is its own small community – “a bit like a cult, really” – that has its own norms, expectations and loyalties.

For Meghan, coming from an American culture where people are more likely to express their feelings and opinions, it must have been like moving to an alien planet.

“A lot of the rules are unspoken but as you grow up within a family you are learning those rules about duty, boundaries, how to share resources and with whom – everything that makes your family work, even though to an objective outsider it might seem pretty dysfunctional.”

Fitness says that in the 'cult' of the royal family, the first priority is to do your duty, and whatever you might feel, or actually want, is irrelevant. The rules simply must be followed.

“For Meghan, coming from an American culture which is very individualistic and where people are more likely to express their feelings and opinions, it must have been like moving to an alien planet.”

The blowback of breaking the rules

While bonds among members of Western families tend to be looser than those in other, more collectivist cultures, breaking ‘the rules’ and being perceived to have betrayed the family still means the rupture of a unit that, in terms of our evolutionary history, is enormously important to human survival. 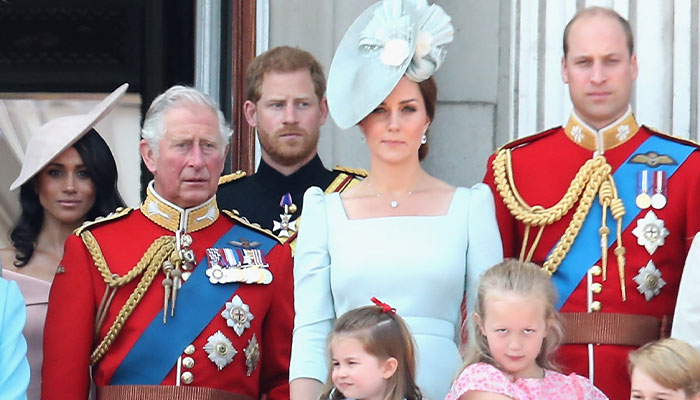 On the edge: Meghan and Harry with Prince Charles, and the Duke and Duchess of Cambridge ... a child perceived to be 'breaking the rules' can be frozen out by the family, says Professor Fitness.

“Betrayal, conflict and estrangement are very threatening for families,” Fitness says. “Your family makes up your network of close allies – when it comes to the crunch, if there is an attack from the outside, you have to be able to depend on family members.

“You might fight like cats and dogs on the inside, but to the outside world you present a loyal, strong and united front.”

Research into the ‘black sheep’ effect, says Fitness, describes how a child who is perceived to be following their own interests rather than playing by family rules can be frozen out and moved to the family edge.

“To an extent that has been the case with Harry and Meghan. He brought in an outsider who many people (including palace staff) saw as a threat, rather than an ally.”

When an adult child turns away

Fixing a rift can be extremely difficult, depending on who and what triggered it, Fitness says.

Children who feel they didn’t get the support, resources, or love that they deserved from their parents may choose not to reconcile, especially as the need for their parents’ support diminishes over time and they establish their own families.

Interestingly, as long as emotions are involved, there is a chance of repair – emotions are signals that people still care about the relationship.

“But the family members left behind may feel a lot of ambivalence about the one that has ‘got away’. They may feel hurt and anger, but also sadness and regret. They need to punish a rule breaker, but they may also like to bring them back into the fold if possible.”

Fitness suspects that for as long as Harry is with Meghan, the black sheep’s return is complicated since there is perceived betrayal on both sides. Harry and Meghan feel they have been disrespected and unsupported by Harry’s family, while Harry’s family feels that he and Meghan have been self-interested and disloyal.

Meghan is also likely to be painted as the enemy who has ‘turned’ Harry against the family – a common pattern when family members look for an outsider (such as a new in-law) to blame for a loved one’s estrangement.

How healing can begin

Fitness says research shows that people can move in and out of a family – they get the cold shoulder for a while then people forgive or forget; or a rule-breaker makes up for whatever has been done; or they feel they have punished each other for long enough, and they miss one another. 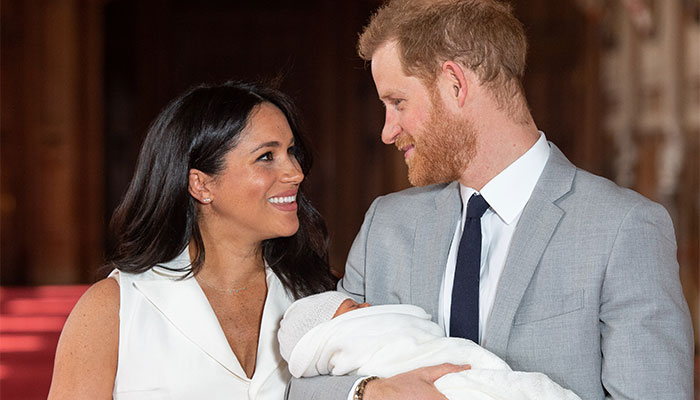 New beginning: Meghan and Harry with baby Archie ... children's need for their parents can diminish over time, especially as they establish their own families.

But some estrangements, especially when adult children have decided they want nothing to do with their parents, tend to be harder to heal.

“It may be that estranged parents will put out the olive branch first, especially if grandchildren are involved; they may make repeated efforts to reconcile but their success depends on the strength of the hurt and anger over what has happened.

“On the other hand, some parents feel their children’s ‘crimes’ (such as marrying the wrong person) are too heinous to forgive, and they reject all reconciliation attempts.”

Family reunions may not always be desirable when the rules themselves are severely dysfunctional.

Interestingly, as long as emotions are involved, there is a chance of repair – emotions are signals that people still care about the relationship, and given the strength of feelings evident on both sides of the royal rift, it may not be irreparable, Fitness says. It is when people stop caring and stop missing the relationship that estrangement may last forever.

“While there is still that hot emotion, family members are still invested in each other – and that is when there is the potential for someone professional to help.”

Fitness says in any family conflict, communication is key in rebuilding bridges – as long as any ‘silent treatment’ goes on there is no hope of repair. And the longer a rift goes on, the harder it is to fix.

Ideally, some kind of family therapy or mediation can be very helpful for families who are motivated to mend the relationship. But even if all parties are unwilling to sit in the same room, individual counselling can be a good step.

“Being able to talk about those feelings of anger and hurt is going to be helpful, even just to get an objective view of what the rest of the family, or the estranged family member, might be thinking and feeling,” Fitness says.

It might come down to someone swallowing their pride and apologising, and then work can start on healing the rift together.

“It depends on motivation – some people might decide they can never abide by or change the ‘family rules’, and just cut their losses. And family reunions may not always be desirable when the rules themselves are severely dysfunctional.

“Given both Harry and Meaghan’s family histories, it can only be hoped that they can build a happy life for themselves and their children on their own terms.” 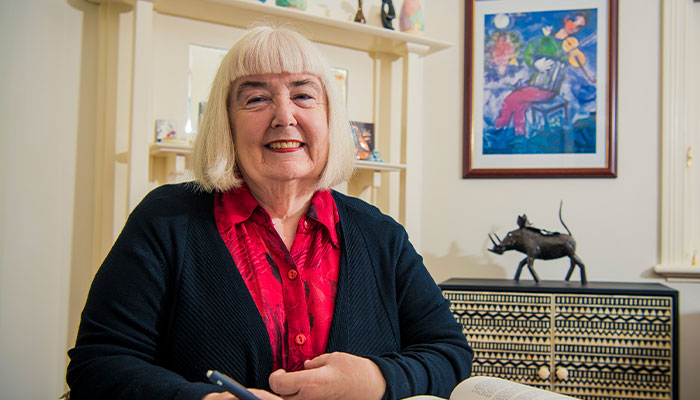 Julie Fitness (pictured) is Professor in the Department of Psychology at Macquarie University. Men’s relationship intentions revealed in their faces: new study
Women use men’s facial features to judge whether they are interested in short-term uncommitted relationships, Macquarie University researchers have discovered. 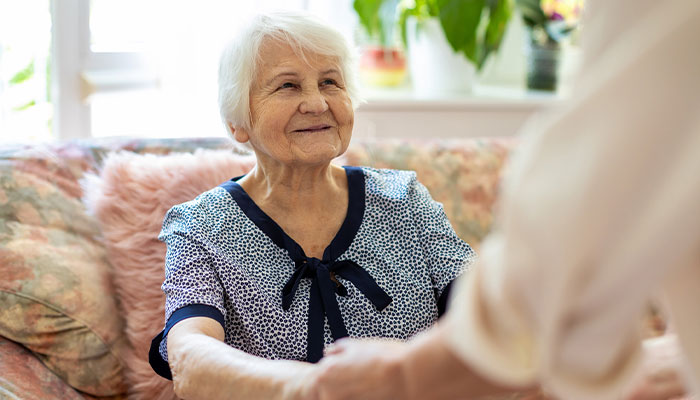 New hope as research collaboration throws Alzheimer’s theory overboard
A partnership between Macquarie neuroscientists and a leading cancer researcher has led to the breakthrough discovery of a mechanism that protects neurons from dementia-causing plaques.