The human population will tick over to 8 billion on November 15. What does this mean for the environment, our cities, our health and our food supply? Six Macquarie University experts explain the impact of the milestone in their fields.

Our agricultural systems must adapt to a future with more people and unprecedented extremes of heat, drought and flood that come with climate change. Plant biotechnology and innovative agronomic practices will help us meet this challenge. To increase food production while avoiding further destruction of the world’s wetlands, forests and rangelands, 'industrial agriculture' – that is, intensively-managed production systems, biotechnology and genetic modification of crops ­– is the key to restricting human food production to existing arable land.

Some propose a global move to vegetarianism – a concept founded in good theory and unimpeachable ethics, but with serious practical implications. Humans need protein; the poor of the world are more likely to be protein-deficient than carbohydrate-deficient. Much of the protein humans need is supported by grazing of rangelands that cannot support arable crops, or fished from the oceans.

Yields from arable farming around the world are under pressure from environmental stresses like flooding and salinity, heatwaves and drought. The products of advance gene technologies are inevitably our only hope of curbing the global impacts on our food systems.

Almost all human food and fibre requirements are currently met by fewer than twenty plant species, narrowing the diversity required to develop new ‘super-crops’ – but harnessing the genetics of wild crop relatives can help us broaden crop resilience.

My team recently published the nuclear genome of the only uniquely Australian native rice species, Oryza australiensis. This remarkable plant grows rapidly in the challenging Australian savannah during the monsoon season and puts down subterranean rhizomes that can survive through following dry season. Within the 900 million base pairs in its genetic code lie secrets that we hope will allow us to transfer wild rice traits to modern, edible rice varieties. Now we set about identifying them.

Brian Atwell is a Professor in the School of Natural Sciences, Faculty of Science and Engineering.

Population is changing and growth is uneven, and the drivers of population growth and decline vary widely. These include financial – children can be an asset providing labour and income to households in poorer countries and supporting older family members, while as nations become wealthier, children become more expensive. There are also cultural, social and religious dimensions that drive population change. 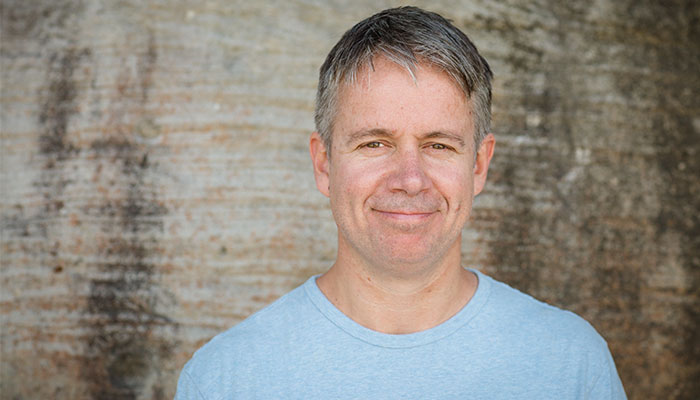 Many developed countries have faced a below-replacement fertility rate for decades and as a result, a declining and ageing population, with lower proportions of people of working age.

Attitudes towards population growth are less clear-cut these days, China has reversed its one-child policy and some countries are introducing incentives now to try and increase population. In Australia, our relatively-low fertility rate of 1.58 has been boosted by high migration for a long time.

However most population growth over the next few decades is baked-in, the people who will have children in 20-30 years have already been born, so it will be some time before we see population stabilise and eventually, probably, decline.

One big issue with so many people on the planet is, how do we feed everyone sustainably and equitably. There’s plenty of evidence that we can produce enough food to feed the whole world, and we are diversifying and innovating our food production - yet a staggering 30 per cent of people in the world are food insecure, including around 20 per cent of Australians.

A growing middle class worldwide is changing the global human diet to include far more meat, requiring more land and resources to produce – around forty per cent of the worlds land surface is now devoted to agriculture. Our expanding human population reduces the space and resources for all the organisms that we have co-evolved with. Coupled with climate change and a build-up of chemicals and pollutants, this is hugely challenging for future biodiversity of the planet.

Andrew McGregor is a human geographer in the School of Social Sciences. 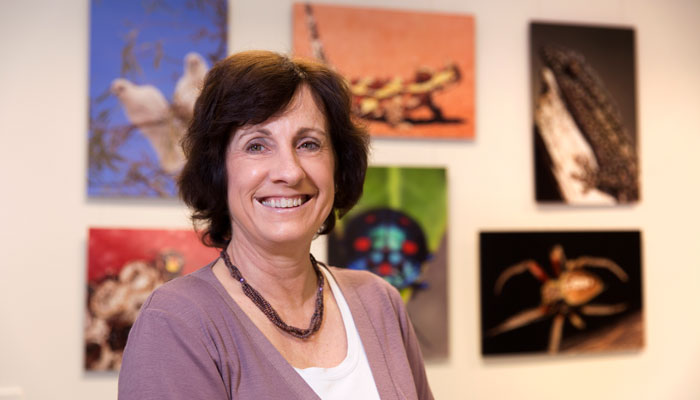 Relocation challenge: Distinguished Professor Lesley Hughes (pictured) says the estimated 20 million people per year who are displaced by climate-related events is likely to grow as the population increases.

Many species are already negatively affected by rapid climate change and risk extinction unless they can adapt to the changes in their environment or move somewhere more suitable - and the current very high rate of species extinctions due to human activity will continue to accelerate under climate change.

Strengthening and extending our protected areas will increase habitat and build resilience and create future refuges for species populations.

It's going to get more and more difficult to feed a growing human population.

The real crunch for humans will be the impacts of climate change on both water and food security.

We are already seeing climate change affecting water availability in many countries (including Australia, at least before the recent La Nina).

Increases in temperatures and changes in water availability and extreme weather events are also already affecting crop and livestock yields globally – this means that it is going to get more and more difficult to feed a growing human population.

Rising sea levels and other climate change-associated impacts such as droughts will increasingly affect where people live, leading to more and more migration.

An Oxfam report in 2019 estimated that 20 million people per year are being displaced by climate-related events, and this will only increase.

The bottom line is that the world’s growing (and ageing) population intersects with the climate emergency and makes the task of creating a safer world for future generations all the more challenging.

Lesley Hughes is a Distinguished Professor of Biology in the Faculty of Science and Engineering.

Health care for the eight billion humans now on Earth is a complex and multi-faceted challenge. Malnutrition in different forms means half a billion people are wasting or underweight while nearly two billion are overweight. The UN reports at least a billion people have a mental disorder. Our own research shows that 24 per cent of Australian adults now report severe psychological distress, despite living in a wealthy country where few people face the level of poverty we see elsewhere. But if everyone consumed like wealthy countries do now, we would need three and a half Earths to sustain us. 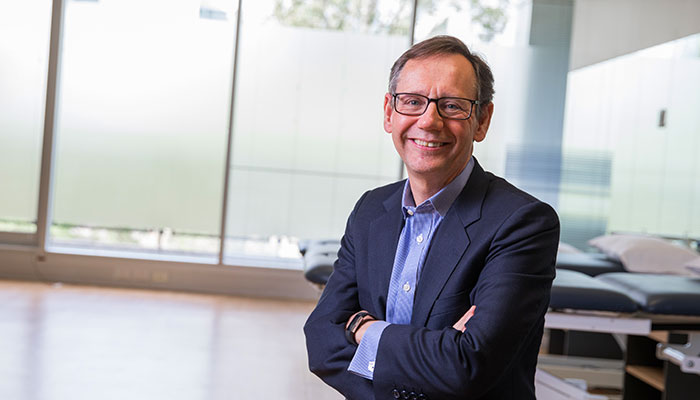 The COVID-19 pandemic was and is a short, sharp dress rehearsal for the huge tsunami affecting human health in the form of climate change, already causing more deaths from heatwaves, tornadoes and cyclones, floods and droughts.

Humans now dominate the planet, polluting land, air and water - but we also have the ingenuity and technological savvy to solve this problem, if we can only co-operate, wean ourselves off fossil fuels and reduce our contribution to the population.

Life expectancy continues to increase in most countries – but in wealthy countries, sedentary lifestyles and overconsumption are accelerating metabolic disease like obesity and diabetes.

Health problems are embedded in social determinants. Most countries have strong government-led targets to improve citizens’ health and their life expectancy. But to do this we have to tackle climate – a truculent, wicked problem that won’t be easy to solve.

Jeffrey Braithwaite is a Professor of Health Systems Research and the founding Director of the Australian Institute of Health Innovation.

How to bring power to 8 billion+: Professor Darren Bagnall

The main challenge in supplying energy to eight billion plus people, lies in its distribution, investment and equity. Around 2.5 billion people use 'biomass' (wood, agricultural waste and dung) for cooking, and 1.5 billion households have no electricity supply. But while billions live in energy poverty, some people in affluent countries use ten times the energy they need for a decent life – and population growth is likely to exacerbate the energy gap between the richest and poorest. Energy security will become more tenuous as fuel costs rise and outages become more common. Resilient systems and good planning can maintain supply through natural disasters, attacks, war, and economic strife, but even advanced countries experience energy crises – eg in both Australia and the UK during 2022.

Fossil fuels supply 80 per cent of global energy – and make up 90 per cent of  CO2 emissions, so the world is now amid a huge transition to an 'age of renewables' to provide viable alternatives for electricity generation and transport.

Yet there is more than enough energy for everyone, with vast solar radiation from the sun, and extensive wind, tidal and geothermal energy – and we have the technical solutions to fully replace fossil fuels with solar energy, battery storage, and electric or hydrogen vehicles. The transition is inevitable, but it will be difficult, it will need significant investment over 10-30 years and economies and the poor will suffer. While the world scales up solar, storage and EV industries, we will burn more fossil fuels, build more nuclear power stations, flood valleys, and deforest ancient woodlands.

The good news is that solar energy will enable decentralised energy supply in developing nations, rural communities, and urban slums. With continued research and good planning, cheap energy can will be for everyone, long before we reach peak-people. Macquarie University researchers in the Sustainable Energy Research Centre (MQSERC) work on improving solar, hydrogen and renewable energy in the grid while in the Centre for Energy and Natural Resources Innovation and Transformation and (CENRIT) and in Smart Green Cities, our researchers are looking at the wider human issues, and the governance and geopolitics of energy.

Darren Bagnall is a Professor of Enginering in the Faculty of Science and Engineering.

How will cities change to cope in an 8-billion human world? Dr Peter Davies

World population growth is not uniform, most now occurs in sub-Saharan Africa, which hosts five of the six countries having over half the world’s population growth by 2100. These emerging economies often lack robust civic infrastructure such as water and wastewater systems and reliable energy. Urban explosion: About 70 per cent of the world's population are expected to live in cities by 2050, says Dr Peter Davies (pictured with colleague Leigh Staas) giving rise to the need for more green spaces.

Over half the world’s population now live in cities, and that will grow to about 70 per cent by 2050. Cities occupy about three per cent of the world's surface and have huge advantages, concentrating markets and expertise – but also require food, water and energy to be imported and waste taken away.

Climate change has changed the pressures put on utilities and infrastructure. Future resilience will depend on shifts away from big dams and power stations, towards more localised and decentralised systems. Cities must now think about rainfall-independent water supply, which includes desalination and water recycling – Singapore is a great example of this. However this comes with the challenge of securing safe supplies of water, particularly recycled water, because waste water is tied to a long history of public health concerns around waterborne communicable disease such as cholera.

Dr Peter Davies is an Associate Professor of Environmental Planning and Policy in the Faculty of Science and Engineering. Why do women live longer than men?
Alexandra Bhatti, Associate Lecturer in the Department of Health Systems and Populations, explains. 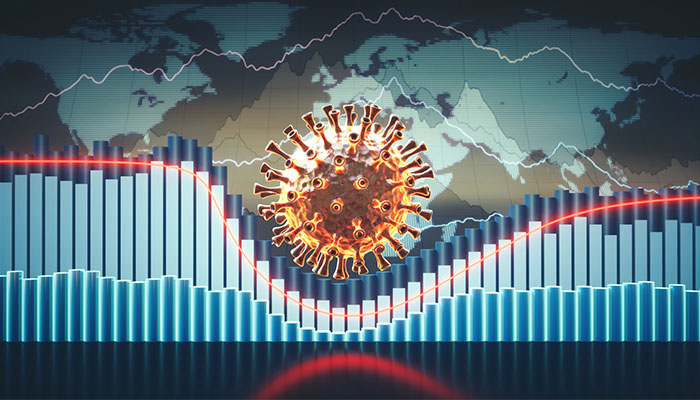 Please explain: what is modelling?
Mathematical models are playing an important role in the fight against COVID-19. They are used to forecast its likely spread and mortality, as well as to suggest interventions. Professor Janaki Amin explains the basics behind this often misunderstood epidemiological tool.