TMI: the cognitive science behind why you can't read all your emails in a day

In a world awash with emails, the struggle to keep on top of the inbox is universal. Here’s why trying to read more than a few dozen a day could be wasting everyone’s time – and worse.

The average office worker likely receives in excess of 100 emails a day – but the task of reading them all is an impossibility. It’s not just the time factor – try to read too much information and your comprehension falls of a cliff. Even fast readers who think they’ve got it covered need to think again.  As it turns out, there is no such thing as ‘speed reading’.

“Reading is like any other type of task we might do, and just like there are upper limits of how far we can walk per day, or how high we could jump or how fast we could run, reading is the same type of thing,” says cognitive psychologist Professor Erik Reichle, Head of the Department of Psychology at Macquarie University.

“There are physical limits on how quickly we can read and how accurately we can comprehend the information we are reading about.”

His experiments have shown that, when the ‘window’ where study subjects are looking is restricted to eight or nine letters, they can read more or less normally. It’s only if the span of apprehension is restricted to seven or fewer letters that the natural flow of reading is interrupted.

“What this shows is we’re actually only extracting the visual information from a very small perceptual window, that extends probably about seven character spaces to the right of fixation for the actual letters, and maybe as much as 15 character spaces when you take in spaces between words.

“So our visual acuity is very, very limited. Effectively what this means is you have to look at 80 per cent of the words that you read in order to identify them.”

Reichle’s research has also shown that it takes about 150-300 milliseconds to identify words and about 150 milliseconds to program eye movements.  This means that the upper limit on how quickly we can read and still fully understand what we are reading is about 300-400 words a minute, depending on a person’s reading skill and the difficulty of the text. Any more than that and comprehension drops off proportionately to how many words you are trying to read. It brings to mind a Woody Allen joke: ‘I took a speed-reading course and read War and Peace in 10 minutes – it’s about Russia’.

“It’s very difficult to read more than a few dozen long, difficult emails a day, unless you spend the whole day reading them, so people develop heuristics – they look at who sent the email, they might just look once or twice at the heading to see what it’s about and then completely ignore it,” Reichle says.

Heuristics are problem-solving tactics that use a practical method that is not guaranteed to be optimal, or even rational.

"There is no such thing as speed reading. It’s skim reading – people can very quickly kind of move their eyes across the text and maybe extract the gist of the text, but there is a trade-off between speed and comprehension, and to the extent that people are willing to sacrifice on the comprehension, then of course they can speed up,” Reichle says.

“So people are really good at coming up with strategies to compensate, or to cope, with the volume of emails they receive, but it is very stressful, and raises the risk that something of importance can actually be missed.”

Tactics for easing the burden of email overload

“I think it’s just easier to have a face to face conversation rather than sending emails,” Reichle says. “As the Head of a Department, I encourage people to actually talk with each other, because there is less of a chance of there being a misunderstanding; and that misunderstanding can be about the actual content of the conversation, but also about motives.”

Email is here to stay. One of the reasons is the very convenient ability to send a message to many people at the same time.

“But it also means if I miscommunicate, I have miscommunicated with 65 people, rather than one person,” Reichle says. “I am really, really careful when I email the whole department, I put a lot of thought into it, and I do it sparingly, because I know many of my staff actually do receive too many emails.”

“Keep it concise, keep it clear, say only what is necessary. Nothing more,” says Reichle. “It’s like a Japanese painting where there’s only a few brushstrokes but that’s all that’s necessary to know that it’s a painting of a bamboo plant.

“Also, imagine if you were to have to pay per word, you would be frugal, and I think that’s worthwhile bearing in mind; would you say things exactly the same way if you had to pay?”

Being concise also involves getting straight to the purpose of the email. “Sometimes I’ll get these really long, complicated emails, and at the end they’ll say something like, ‘Don’t worry about this, ignore this if you don’t find it interesting’. And I’m like, ‘Why didn’t you say that at the beginning?’

“Be cognisant of the person on the receiving end, and what it is that you actually want from them, and say what that is in the first sentence. If you are just emailing them to inform them of something, say that straight away.”

Be concise, but be well-mannered. Salutations are good because they set the tone. “That’s important because in writing, there is always a chance you can be misunderstood … you don’t have access to the person’s facial expressions and the feedback you would get from that, so if you keep things very polite you avoid that possibility.” “The thing that drives me batty is when people send email chains that have been bounced around between groups of people, and there’s no explanation of what it is or what I need to do.

“At that point, it’s not even reading; it’s problem-solving; it’s trying to piece together what this whole communication chain has been about.”

If you must send them, says Reichle, include two sentences at the top explaining (concisely!) what the chain is about and what the person you are sending it to needs to do.

Reichle has a policy of not checking emails on evenings and weekends, citing the spectre of burnout from being chained to your inbox.

He tries to model that behaviour for his staff so they know it’s ok not to be plugged in 24/7.

“If people were to assume that I am always checking my email, they might think they need to, to the extent that they are not really relaxing when they’re not at work.”

He believes that everyone complying with that one rule of confining work-related emails to work hours would be a useful first step to dealing with the overload.

“It would delimit the amount of time you would have available to write the emails and the time you expect other people to spend reading them.”

Reichle also suggests checking emails at set times – say, first thing in the morning and then three or four times through the day – rather than compulsively checking your inbox every time an email drops.

“I turn off the notifications so I am not constantly hearing the emails coming in,” Reichle says.  “Otherwise, you could easily spend the whole day responding to them.” Mysteries of dyslexia unravelled
Scores of children are being helped to overcome literacy problems at a Macquarie clinic that puts into practice the university’s world-leading research into reading. 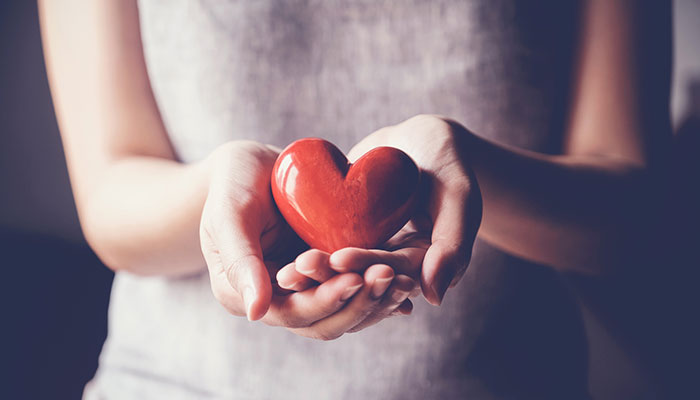 The science of the sporting comeback
Many top athletes have finely-tuned their cognitive skills to excel in competition – and that’s part of the reason many can nail a comeback after injury or a break.