Why can you see the sun and the moon at the same time?

The answer to this question is ultimately “why not”. The Moon is super bright when it's suitably illuminated by the Sun, so even during the day it can be easy to see. 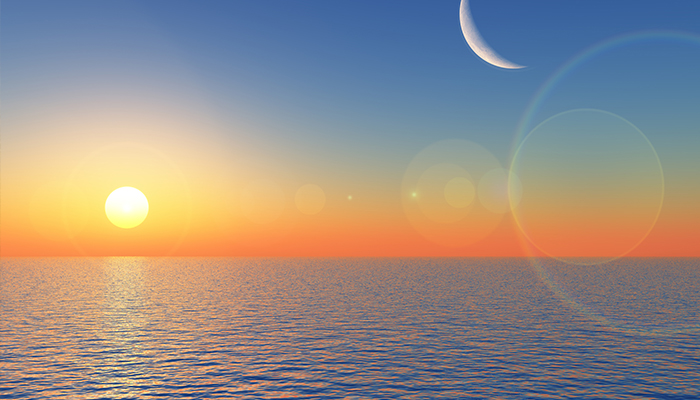 Double delight: The Moon revolves around the Earth about once every 28 days, and is visible by day – as depicted in this illustration – for about half the month, explains De Marco.

So, here is how it works. The Earth spins on its axis once a day and rotates around the Sun once a year, that we all know. However, from our point of view on Earth, it is the Sun that orbits us once a day, right?! Because of that, we see the Sun rise from the east and set in the west. And there is the small additional complication that the Earth's rotational axis is not perpendicular to its orbital plane around the Sun, it is instead inclined at approximately 23 degrees. This is, by the way, what gives us our seasons.

Now, let’s come back to our main topic: the Moon by day. The Moon is a rock. It has no light of its own and the reason we see it is that it reflects the Sun's light. The Moon revolves around the Earth approximately once every 28 days.

Another fact is that the Moon orbits on a plane that is almost aligned with the orbital plane of the Earth around the Sun. This fact is not too important to understanding the Moon by day, but it has all kinds of nice implications.

One is that if the Moon orbited exactly on the same plane as the orbit of the Earth around the Sun, we would get one solar eclipse and one lunar eclipse per month. This is because once per lunar revolution the Moon would pass exactly between the Earth and the Sun (resulting in a solar eclipse for some of Earth’s citizens) and pass exactly behind the Earth and the Sun, such that the Earth would cast its own shadow on the Moon (and all Earth’s citizens on the side of the world facing the moon would see a lunar eclipse). But once again, this factoid is not too relevant to the Moon by day.

We are sitting on a speck of dust in the large Universe. Surely we should pay more attention to what's out there!

They literally don’t care whether they are near or not (note: the Sun and Earth are never physically near one another. When I say 'near' I mean near from our vantage point looking up at the sky).

Let’s think of it this way. Imagine that your head is the entire Earth. You are also holding a mirror in your hand, with your arm outstretched. You can imagine that, right? Now switch on a bedside light a few metres away and turn away from the light. With your mirror stretched out in front of you, angle it so that you see the light reflected in it, can you? You just need to make sure that your head is not exactly between the light and the mirror (that is called an eclipse). 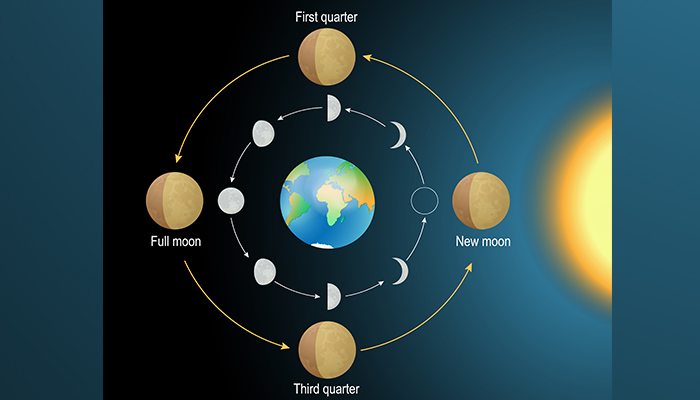 Lunar calendar: The phase of the Moon is the shape of the directly sunlit portion of the Moon as viewed from Earth.

But you asked me why we see the Moon in the day time! I know! So now, turn around so that the light bulb is not directly in front of you, but kind of a little to your left, in such a position that you can see it better with your left eye than your right eye.

Once a student told me that after taking our solar system class he was much more curious about the heavens and often looked up to pinpoint the Moon, the Cross and the planets. And we should look up more! We are sitting on a speck of dust in the large universe. Surely we should pay more attention to what's out there.

Orsola De Marco is a professor in the Department of Physics and Astronomy at Macquarie University.

This article was first published on September 26, 2019. 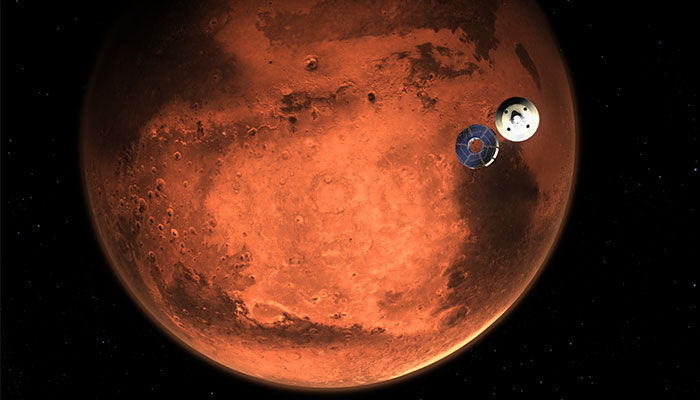 Did frozen mud balls in space make life on Earth possible?
New Macquarie University research shows a type of asteroid dating back to the dawn of the solar system may contain liquid water, supporting the theory that Earth's water came from meteorites that fell billions of years ago. 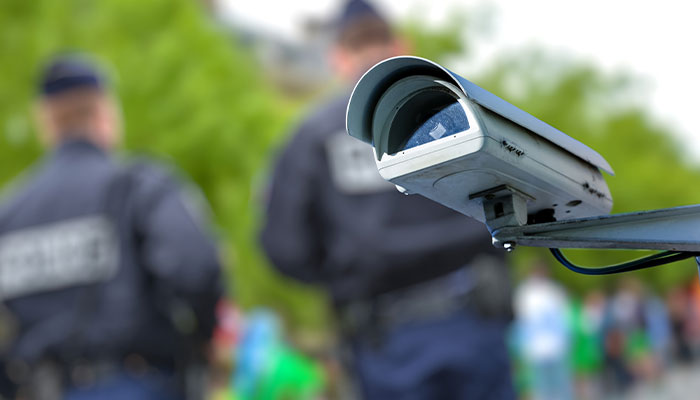 Crime-busting smart app uses AI to speed up police response
Macquarie University is developing a technology that collates a mass of data and analyses it in minutes, and which in the future could help solve crimes and save lives.