Five Macquarie University academics give a snapshot of what it means to be an Australian right now.

Busting the myth of a happy-go-lucky nation, but mateship more important than ever

We don’t live up to our popular reputation of being a laidback nation of happy-go-lucky larrikins: Australia has one of the highest rates of mental disorders in the world. Almost half of us have experienced a mental disorder in our lifetime, and one in five of us have a current distressing mental illness.

As a nation we often struggle with anxiety, depression, and substance abuse, but aren’t seeking or receiving the treatment we need. Every day more than eight Australians die by suicide. We are one: Miri Forbes says all Australians are connected through the one thing we all share, home.

Some of us like Vegemite on toast and some of us don’t. Millions of us watch State of Origin and Married at First Sight but many more millions don’t. Some of us have Australian ancestry dating back to the beginning of the Dreaming, and some of us are the first in our families to live here.

The one thing we all share is that Australia is our home. This shared part of our identities connects us all to one another in a powerful way and we can use this connection to improve our nation’s mental health.

Offering help and support to one another and reaching out when we need support ourselves not only benefits us as individuals but also strengthens Australia as a whole.

These ideas of mateship and egalitarianism have been a prominent part of Australia’s culture since at least early colonial times and they can continue to serve us well as we move further into the 21st century.

Dr Miri Forbes is a Research Fellow in the Centre for Emotional Health, Department of Pyschology

Our values are central to defining who we are. What are Australia’s values in 2019?

The Department of Home Affairs requires people applying for various visas to accept the Australian values statement. What values are on the list? Basic democratic values such as individual freedom, rule of law, equality of men and women, and equality of opportunity as well as the use of the English language.

Of course, none of these values are distinctively Australian. We can call fairness a “fair go” but it means the same thing. This points to a general problem. Either we define what it means to be Australian so broadly that there is nothing distinctively Australian about it, and we are instead left with a generic commitment to democracy which is shared by many nations, or we define it too narrowly, such as in terms of the love of cricket, beer and sausage sizzles, which excludes many Australians who don’t drink alcohol, eat meat, or care about whacking a leather ball around a park.

Australia is now a diverse multicultural nation in a globally interconnected world. Our values, experiences, identities, commitments and social networks expand beyond our national borders and overlap in complex ways.

A white heterosexual male pensioner from Adelaide might have more in common with a similar man from England than he does with a recent teenage Sudanese immigrant living in Melbourne or a middle-aged Aboriginal woman living in Arnhem land, and yet each has as much claim as any other citizen to being part of defining what it means to be Australian.

What it means to be an Australian citizen in 2019 depends on who you ask and the answers you get will be as diverse as we now are.

Paul Formosa is an Associate Professor in the Department of Philosophy

Australians are living longer, forming families later and retiring later. Our life expectancies at birth (80.5 for males and 84.6 for females) are still among the highest in the world. The good news is they are continuing to increase; the bad news is the increase over the past 10 years was less than half those of the previous 10 years. In 2017 for the first time, the median age of women getting married exceeded 30 while for men it reached 32. We are also having children later. Since 2013 the birth rate for women aged 40-44 has been higher than that for age 15-19. In inner Sydney, inner Melbourne and Sydney’s Eastern Suburbs, 35-39 is now the most common age for giving birth.

Australians are a diverse lot in many ways and our diversity is changing. According to the Australian Bureau of Statistics, 29 per cent of our population was born overseas. The English are still the largest overseas-born group (4.1 per cent). However, in 2017 the China-born became the 2nd largest migrant population, overtaking the New Zealand-born.

Since 2011 Mandarin has become the language other than English which is most commonly spoken at home (replacing Italian). Our 2016 census for the first time showed people with no religion outnumbering Catholics in total. However above age 65 both Catholics and Anglicans continue to outnumber those with no religion.

Nick Parr is a Professor in the Department of Management, Faculty of Business and Economics, and the Centre for Workplace Futures

Australians are among the healthiest people in the world and we have the privilege to be cared for by one of the highest performing, and most accessible, health systems in the world. There are few countries better than us from a health perspective and most are much worse. If you have a major illness in the USA, bankruptcy or financial hardship is a too frequent side-effect of your treatment. Not so for most of us in the lucky country.

However we have plenty to do if we want to keep the global treasure that our national health system is.

No one should be proud of the poor health status of so many of our indigenous Australians. We have much still to do in tackling the challenges of poor mental health, and especially helping young Australians deal with the challenges of depression and anxiety. For a sports-loving nation, our level of obesity is significant and growing.

Our primary care system is one of the reasons most of us can get the care we need but it needs much more support. Fewer practices each year can afford to bulk-bill to see a general practitioner. While many of us have private health insurance, it is clear that the cost of seeing a specialist is rising and many of us are paying some of the highest out-of-pocket expenses in the world.

The stories we have long told ourselves about what it means to be Australian matter. With Federation in 1901, Australia came into being as a nation founded on the ideal of a "White Australia", refusing migration from non-European countries and denying civil and land rights to Indigenous Australians.

These acts shaped our nation. They also helped to form our cultural and social imaginations. Look back to the paintings of Tom Roberts and Frederick McCubbin, or the poems of Henry Lawson and Banjo Paterson; each crafted an image of Australians as white and male, at home in the bush, with his mates.

Over time, the Anzac took on the qualities of the bushman and, a few decades later, he morphed into the Ocker. Mateship and laconic humour were central to these ideas of national identity but race and gender were equally important. 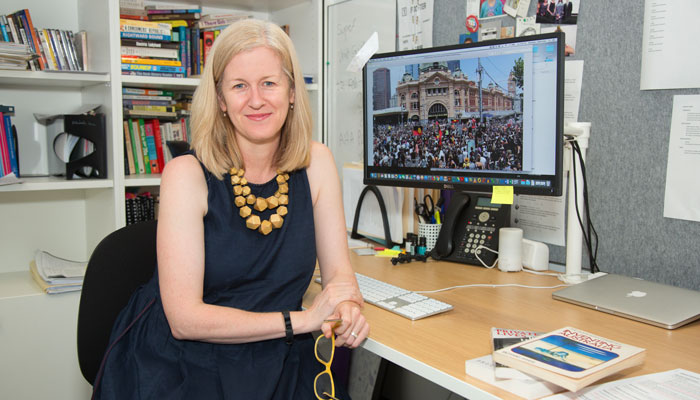 These idealised caricatures of Australian identity are not wholly representative of Australians and their lives – have they ever been? But throughout our history, they have occupied considerable space in our national imagination. They have shaped – even distorted – our ideas of what it means to be a "real" or a "true" Australian.

The idea that "typical" Australians were white and male was challenged in the 1970s by the women’s and Aboriginal rights movements, by the ending of the White Australia policy and the introduction of multiculturalism. These changes diversified and enriched our cultural and political life.

Yet older ideas of Australian identity still haunt our politics and our culture. Since the early 2000s, our politicians have focused on our history of participation in war, while other histories are neglected. Most profoundly, they have failed to engage with our history of mistreatment and injustice of Indigenous Australians.

Regardless of how long each of us has lived here, we all inherit this history and these stories. Our responsibility as Australians in 2019 is to grapple with the meaning of our history in a meaningful and empathetic way.

Michelle Arrow is Associate Professor in the Department of Modern History, Politics and International Relations 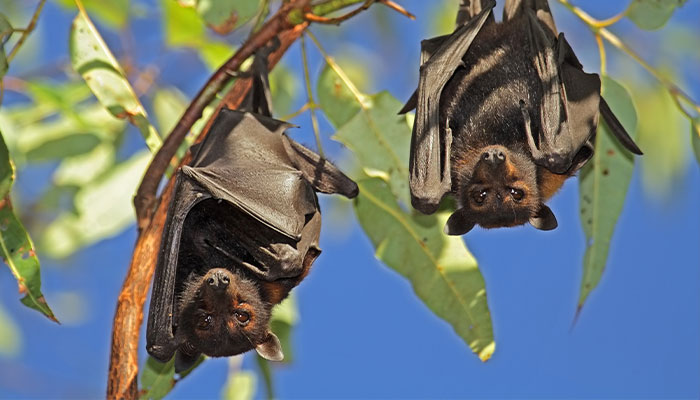 How we can stop animals making us sick
The best way to prevent outbreaks of disease passed from animals to humans lies in the One Health approach, says Macquarie University philosopher Dr Jane Johnson. 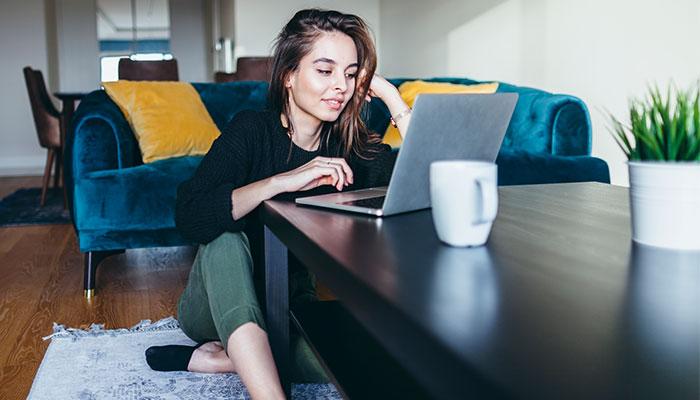 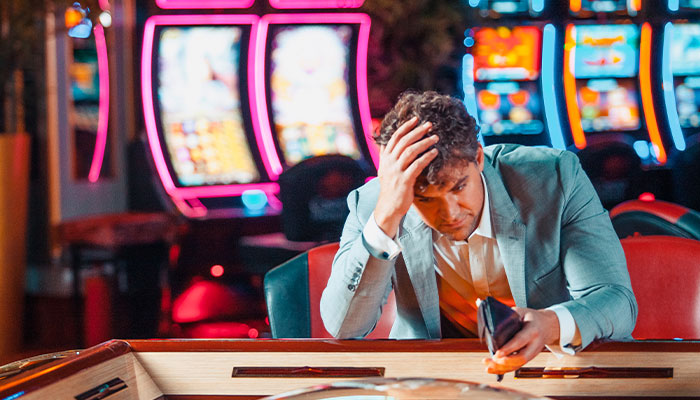 Please explain: What is addiction and why is it so hard to kick?
As viewers around the nation tune in to the SBS documentary series Addicted Australia, Macquarie University clinical psychologist Associate Professor Melissa Norberg explains the factors behind addiction and relapse.